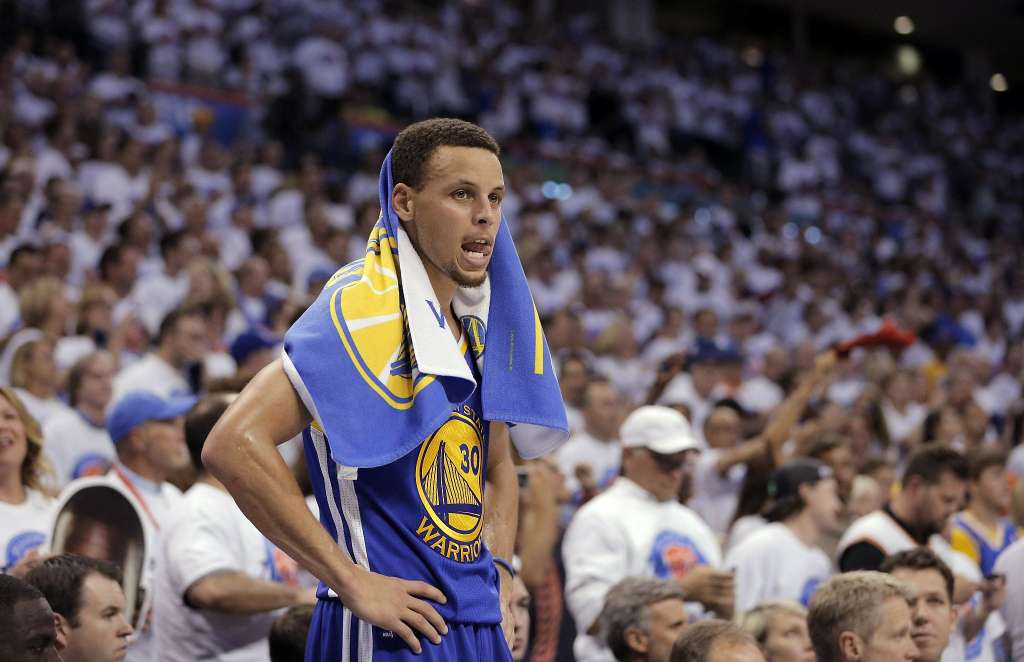 With the Golden State Warriors on the brink of elimination, and Stephen Curry playing well below his MVP standards, head coach Steve Kerr squashed the suggestion from reporters Tuesday night that his superstar guard is hurt.

Steve Kerr: "Steph Curry is not injured. He just had a lousy night. It happens".

Klay Thompson was the lone Warrior to show up in Game 4, exploding for 19 consecutive third quarter points, but even he was left shaking his head after the OKC Thunder’s convincing 118-94 victory.

Klay sums up the night. This is classic. pic.twitter.com/YYdEkJnIM8

The Dubs must win Game 5 Thursday in Oakland to keep their dream season alive.

“This team doesn’t think about 73 wins,” forward Draymond Green said. “This team thinks about winning back-to-back championships. That was our goal, and it’s still our goal.” […] Or, as guard Stephen Curry said, “I think we’re a special team, and this isn’t how we’re going to go out.”

Green and Curry were among Golden State’s abundant problems Tuesday night. One day after dodging suspension for his Game 3 kick in the groin of Steven Adams, Green was 1-for-7 from the field, committed six turnovers and had a plus-minus rating of minus-30. […] He did not stand alone on this night. Curry was 2-for-10 from three-point land and also had six turnovers (the team had 21 in all). The Warriors were outrebounded 56-40, as the Thunder leaned on their superior size and quickness.

Oklahoma City’s dominance the past two games left Warriors players looking numb as they walked back to the huddle during timeouts. Not surprisingly, the locker room was strangely silent afterward: Green, Andre Iguodala and Brandon Rush stared solemnly at their phones, appearing shell-shocked.