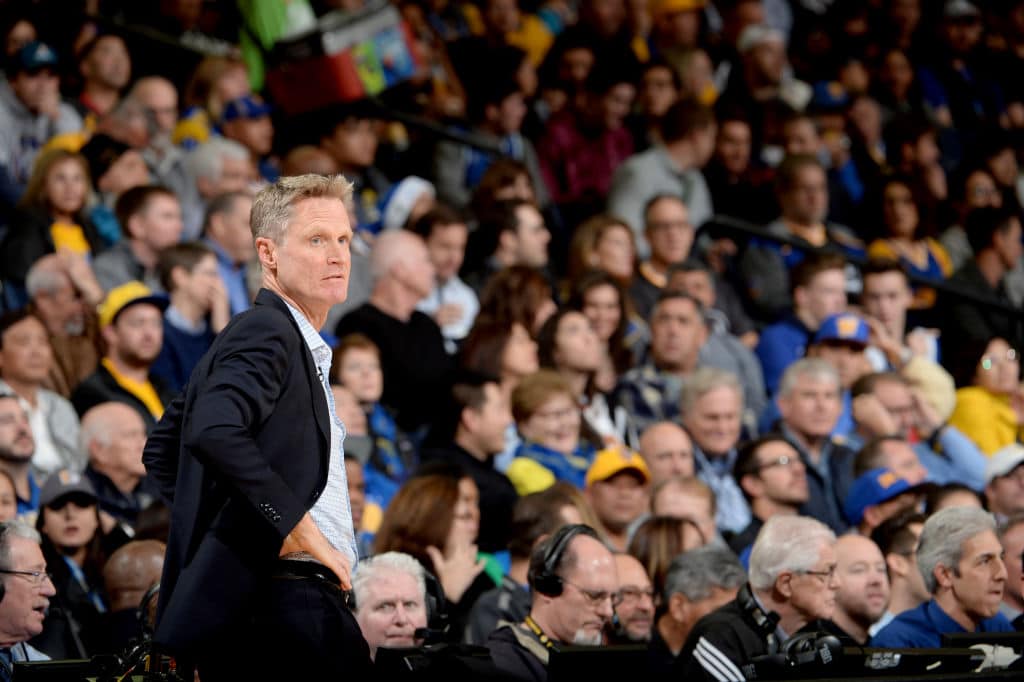 California became the sixth state to legalize the sale of recreational marijuana, which got a thumbs-up from Golden State Warriors head coach Steve Kerr.

Kerr, who used the drug to deal with pain stemming from back surgery complications, says he’s a proponent of the new law.

Count Steve Kerr among those who support yesterday's legalization of recreational marijuana in California. https://t.co/480c9O5CAI

Kerr has been an advocate for the NBA to allow players to use cannabis for medicinal purposes.

“I’m a proponent of it,” Kerr said after practice Tuesday. “I do feel strongly that (marijuana) is a much better option than some of the prescription drugs, and I know that it’s helping a lot of people, which is great.”

Though the drug did little to alleviate his nagging pain, he still considers it a better option than some commonly prescribed opioids like Vicodin and OxyContin.

“Having gone through a tough spell over the last year with my own recovery from back surgery, and a lot of pain, I had to do a lot of research,” Kerr said in December 2016. “You get handed prescriptions for Vicodin, Oxycontin, Percocet, NFL players, that’s what they’re given. The stuff is awful. The stuff is dangerous. The addiction possibility, what it can lead to, the long-term health risks. The issue that’s really important is how do we do what’s best for the players.

“But I understand it’s a perception issue around the country. And in the NFL, NBA, it’s a business, so you don’t want your customers thinking, ‘These guys are a bunch of potheads.’ That’s what it is. But, to me, it’s only a matter of time before medicinal marijuana is allowed in sports leagues, because the education will overwhelm the perception.”