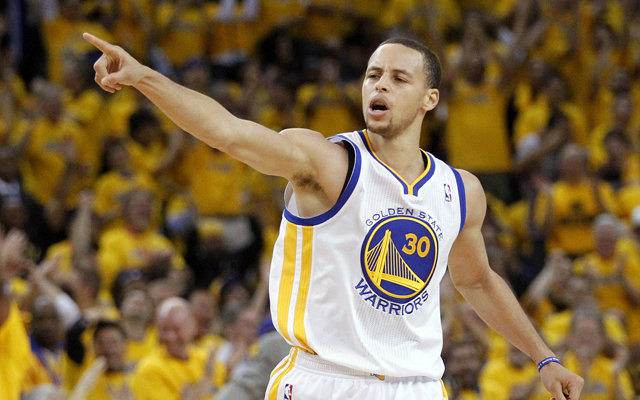 Kerr, in a wide-ranging chat with local reporters Thursday, said that Stephen Curry has the chops to be a defensive force.

“We’ve all watched a ton of film this summer and, to a man, our staff believes Steph is a lot better defensively than he’s given credit for,” Kerr said. “He works at it.”

Generally, Curry got the least demanding assignment on the opposing team’s smaller players, while fellow guard Klay Thompson drew the more difficult tasks. […] “In my mind, we have a pretty good situation because Klay is so good guarding Chris Paul, for example, in the playoffs that it’s a great option,” Kerr said, referring to [Mark] Jackson’s tendency to put Thompson on the more dynamic point guards. “But certain matchups might go the other way, where we have to have Steph on the point guard. And we think that’s a perfectly viable option.”

Kerr and his staff, particularly veteran assistant Ron Adams, aim to crush the harsh criticisms of Curry’s defense. They believe the All-Star is tired of hearing about it. […] “I would be, if I were him,” Kerr said. “And it’s not true. Certain matchups are really hard for anybody. But when I watch Steph on tape, I see a good defensive player, and a guy who can get better. We’re going to work hard on that all year.”