Kerr on Warriors White House Boycott: ‘Those Reports Are False’ 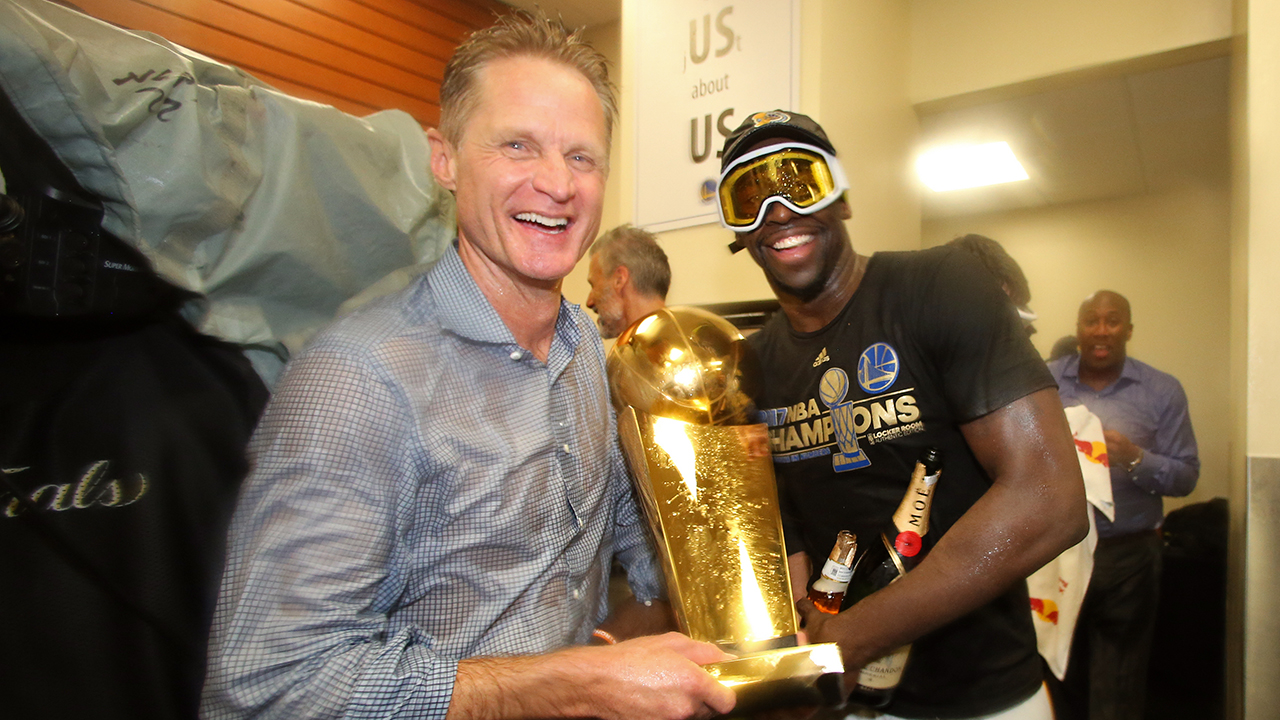 The story took on a life of its own on Tuesday when CNBC analyst Joshua M. Brown tweeted that the team had “unanimously” decided to skip the visit to Washington, DC, “per reports.”

Those “reports” turned out to be an erroneous tweet by Mike Sington, retired director of operations at Universal Studios.

While on ESPN’s Zach Lowe’s podcast on Wednesday, Kerr revealed that the Warriors haven’t even considered the matter as a team yet. Starting at 8:35:

“We’ve never had any discussion about it, either during the season—that would have obviously been premature, that’d bad karma to talk about that—but after the game, that’s the last thing on my mind. We’re just trying to celebrate and enjoy everything.

“So I saw these reports, and I’m picturing we’re going crazy in the locker room and pouring champagne on each other’s heads. I’m picturing the scene where I go in and go, Hey everybody be quiet. Let’s take a vote on if we want to go to the White House. I mean, are you insane? That’s not going to happen. We’re having too much fun for that.

“That’s something we’ll discuss if we get the invitation. I think there’s a respect for the institution, for the office. There’s a respect for our government that I think you have to take into account regardless of people’s opinions of the person sitting in that chair.

“I think that’s important, but it’s also important for the players because it’s really about them to make the decision whether they want to go or not. And that’ll be a process, but as I said, we’ll have to get the invitation first.”

The story got so out of hand that the Warriors organization itself issued a statement on Tuesday:

“We have not been invited to the White House. Today is all about celebrating our championship. We will make those decisions when and if necessary.”