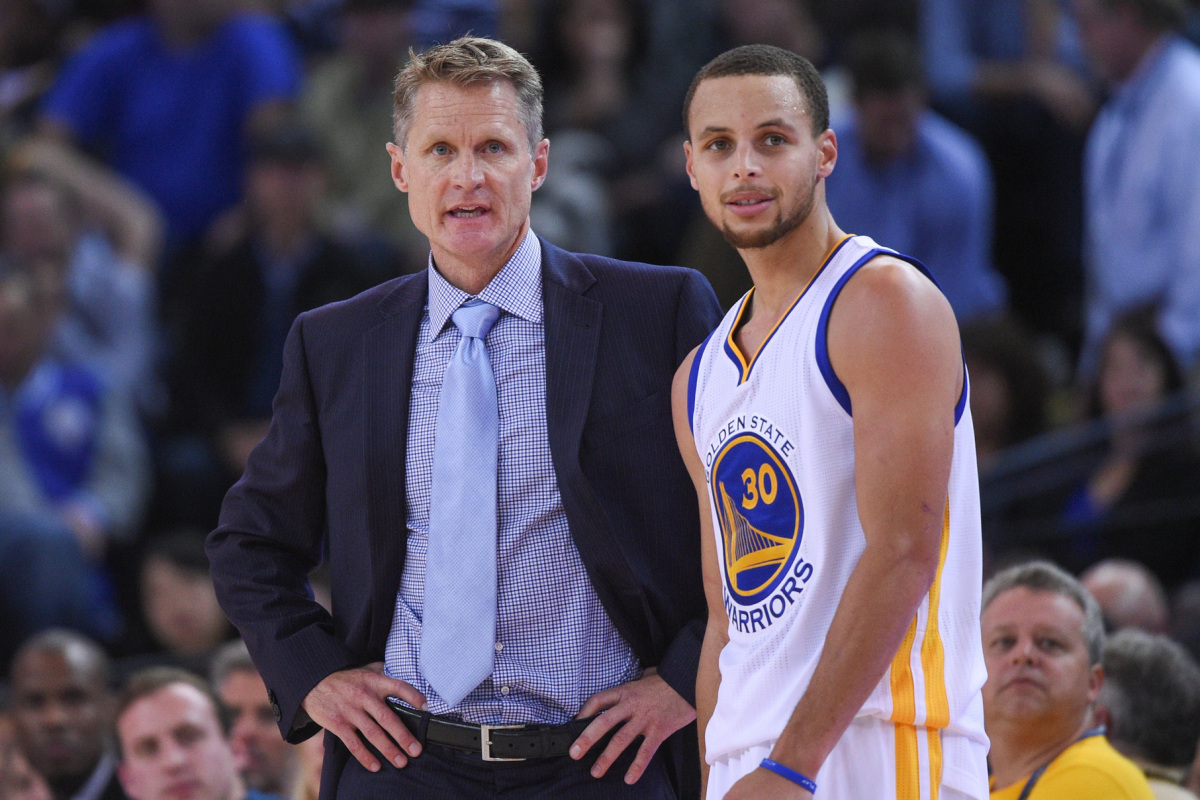 Golden State Warriors head coach Steve Kerr certainly wants, and feels like All-Star guard Stephen Curry deserves to win the NBA’s MVP award this season, he just won’t go out of his way to push for it.

Kerr says the Dubs have much bigger team goals in mind.

“I think he deserves it, but I don’t think it’s our job to promote it,” Kerr said Thursday after previously going only as far as to label Curry a leading candidate. “We’re trying to win games. We’ve got to a lot of work to do, so if (Houston general manager) Daryl Morey wants to run his own one-man campaign for James Harden, he can do that. That’s fine. But we’re focused on other stuff.”

Morey, after being read the quote on Dan Le Batard’s radio show, said, “OK … I haven’t heard that.” […] Told Kerr was essentially saying Morey was focused on getting Harden the MVP while the Warriors were focused on winning a championship, Morey said, “I would say that myself and James are only focused on winning the championship, so I think that’s a bit of a straw man argument he set up.”

Harden most notably drew support from Morey during last week’s session at the MIT Sloan Sports Analytics Conference in Boston when asked to debate between Curry and the Rockets star for MVP. […] “Take James Harden off our team, and we’re nowhere basically,” Morey told the crowd, drawing some laughter.