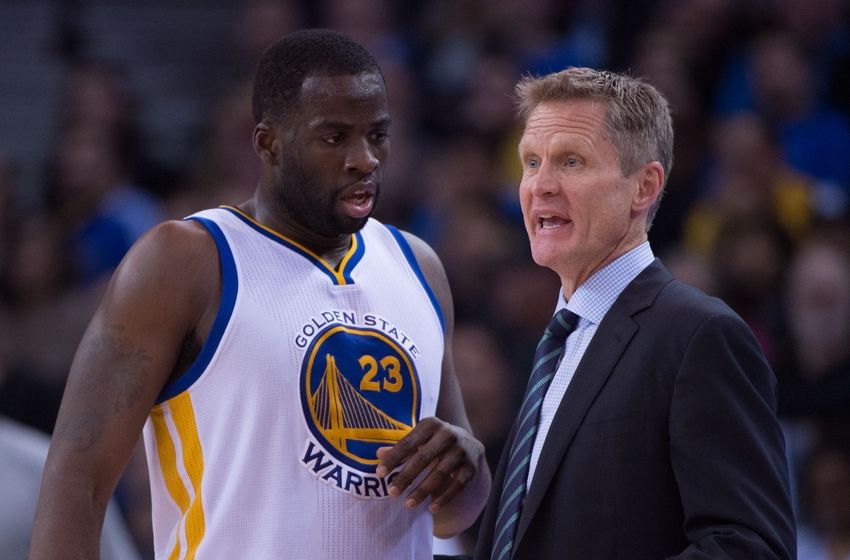 The small-ball Golden State Warriors beat the visiting Milwaukee Bucks 102-93 Wednesday night, and head coach Steve Kerr once again pointed to forward Draymond Green as the one who allows the Dubs to be such defensive terrors.

Green’s versatility on defense — an ability to guard virtually all positions — creates havoc for opponents, and allows Golden State to remain small and fast.

Kerr on going to small ball to close the second halves of the last three games, including this one: “We don’t necessarily want to, but we feel like we’re really good at it. And Draymond allows us to do that, along with Andre (Iguodala) and Harrison (Barnes).

“But Draymond’s sort of the key guy because he can play the 5. Looked at some numbers today, when Draymond is at the 5, our defensive rating is just off the charts, like 87.5 per 100 possessions. To give you some context, we’re No. 1 in the league overall, we’re at I think a defensive rating of 98 points allowed per 100 possessions… When Draymond’s at the 5, that number is 87.5. It’s crazy. […] Small ball is the way everyone’s going and it’s good for us; we’re good at it.”

Kerr on whether he remembers another team went small to get better defensively: “When I played in Chicago, that was an excellent defensive team and we put Rodman at the 5 sometimes. And I’d usually be off the floor (smiles). […] And we’d have, like, (Ron) Harper, (Michael) Jordan, (Scottie) Pippen, Rodman and maybe Toni Kukoc or another wing guy. And that team was phenomenal defensively. […] I think Draymond has a lot of Dennis Rodman in him. He defies positions, he guards anybody, he’s quick enough to stay in front of point guards; he’s big and strong and tough at the rim and rebounds like crazy.”