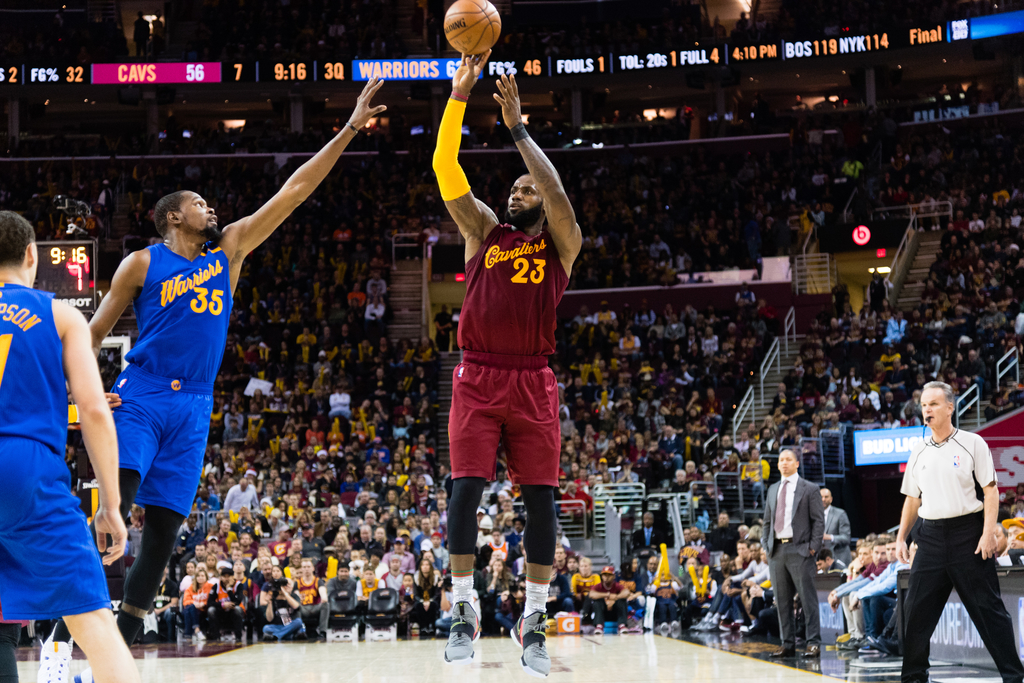 Steve Nash was one of the people Kevin Durant called seeking advice just prior to making his seismic free agency decision to join the Golden State Warriors last summer.

According to Nash, there isn’t much of a difference between what KD did and LeBron James going to Miami and eventually back to Cleveland.

Kevin Durant and Steve Nash's unique friendship, and how it guided them both to the Warriors… https://t.co/yWUYATpy9s

Nash, a part-time consultant for the Dubs, has been working with Durant to fine-tune his game.

“I think from the outside, people look at it and go, ‘He went to the best team available,’” Nash said. “But that’s the same thing LeBron (James) did as a free agent the last two times; he went to Miami and Cleveland to join two max players. When he was doing that, there didn’t happen to be a team with three All-Stars (as there was with the Warriors last July) or maybe he would’ve gone to that one. […] Look, it would’ve been easier for (Durant), no one would’ve been upset if he went back to OKC; but I think he has a chance here to grow as a man and put himself in a new environment where he’d be challenged in different ways. For me, I thought it’d be a great move for him basketball-wise. I thought that he would fit in great.”

Durant is shooting an amazing 59.6 percent on two-point attempts–a higher rate, for instance, than (Stephen) Curry, Michael Jordan or Larry Bird have ever recorded for a full season.

“I wouldn’t say telling me what shots I should shoot, just what are my hot zones and trying to get there as much as possible,” Durant said. “Just letting my work take control after I make a good move and not thinking too much out there. […] He was the king of just playing free and being creative. I try to take that from him.”

Related
Steve Nash: Warriors ‘Potentially Could Be’ the Best Team Ever