Steve Nash May Be Benched in Favor of Jeremy Lin 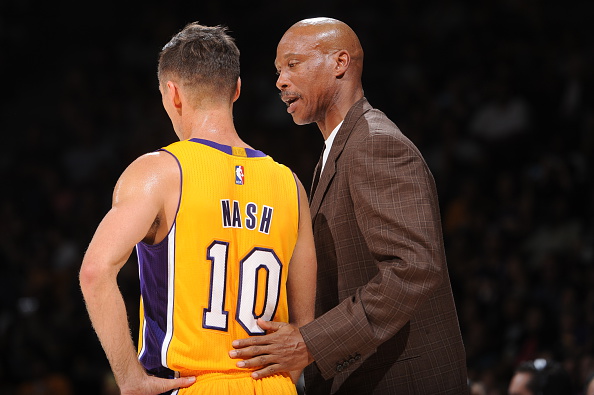 It appears that the optimism regarding 40-year old Steve Nash’s health may have been quite premature.

Nash missed his second consecutive practice Tuesday due to lower back pain, this after asking out in the first quarter of a preseason loss Sunday to the Golden State Warriors .

Los Angeles Lakers head coach Byron Scott might have no choice but to remove Nash — who only suited up for 15 games last season — from the starting lineup.

“I don’t know. That is something I’m definitely thinking about it,” Scott said on Tuesday at the Lakers’ practice facility in El Segundo. “Is it in our best interest to start Jeremy [Lin] or Ronnie [Price] or do we wait day by day, game by game? We’ll play these last five preseason games out. We’ll figure it out from there.”

“Whatever position he calls me to, I’ll do my best. It doesn’t change that much to me,” Lin said. “No question I want to be a starter. But it’s one of those things that game by game it changes so much.”

“He’s one of the best point guards ever to play the game,” Scott said of Nash, who won two NBA MVP awards and ranks third on the league’s all-time assists list. “His experience and knowledge of the game and the way he makes everybody out there better. Obviously if he’s out there and healthy, he makes us a better basketball team.”