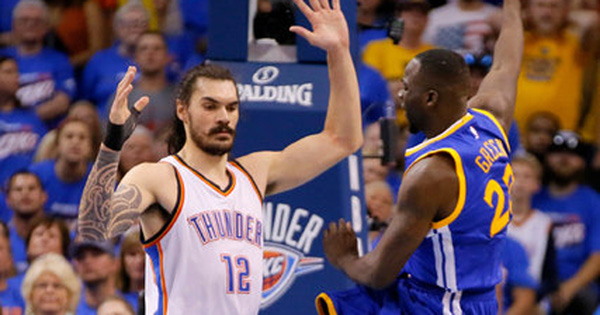 Steven Adams on "the Draymond Green rule," where the league will look at "unnatural acts" like, kicking: pic.twitter.com/sGbjytkWBL

Oklahoma City Thunder center Steven Adams couldn’t believe it when he first heard about the NBA’s crack down on “unnatural acts” for the 2016-17 season.

“I actually thought it was a joke,” said Adams at Thunder training camp. “I thought someone hacked it because it’s such a bizarre thing to regulate. But it’ll help me out a lot, I think [laughs].”

As instructed by the league office, NBA officials will closely watch for hits to the groin area, like Draymond Green‘s infamous kick that dropped Adams to his knees in Game 3 of the Western Conference finals.

Green was later suspended during the NBA Finals for punching LeBron James in the groin area.