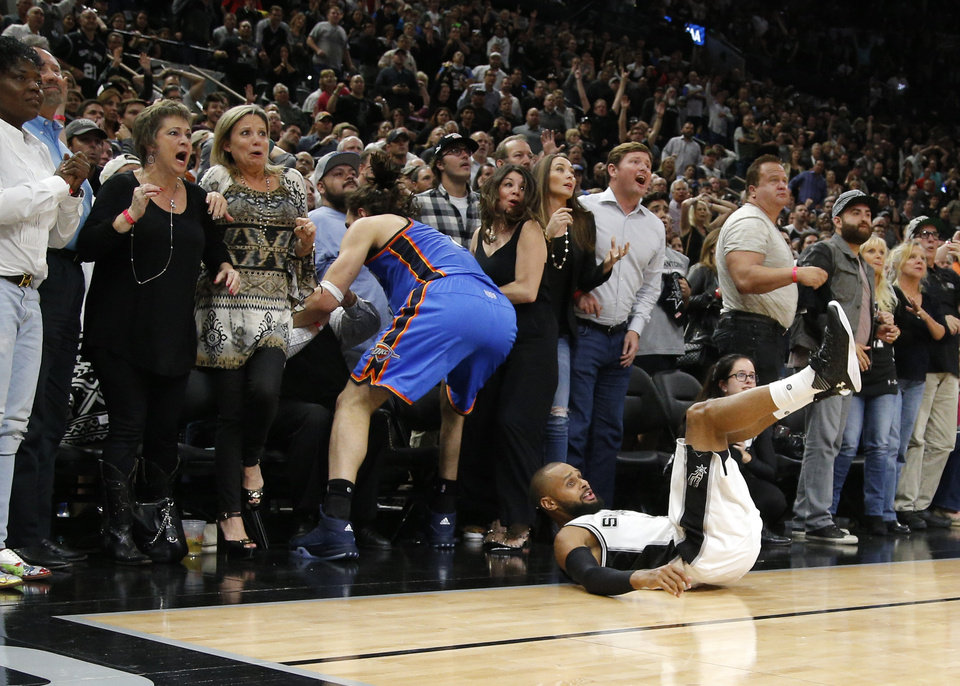 The chaotic ending to Game 2 between the OKC Thunder and San Antonio Spurs was an absolute clusterf***, with the referees inexplicably swallowing their whistles as both teams committed plenty of violations.

About last night…@talkhoops broke down the utter chaos that was the final play: https://t.co/LHH0DtVStd pic.twitter.com/8vRBf3lhiV

Lost in the Dion Waiters-Manu Ginobili madness was a Spurs fan grabbing and holding on to Thunder center Steven Adams as he crashed into the courtside seats after challenging a last-second Patty Mills three-point attempt.

The big fella diplomatically laughed off the incident, and said the Spurs have “passionate fans.”

Steven Adams on the incident in the corner: "They got some passionate fans, man." pic.twitter.com/zOPMBVnXYI