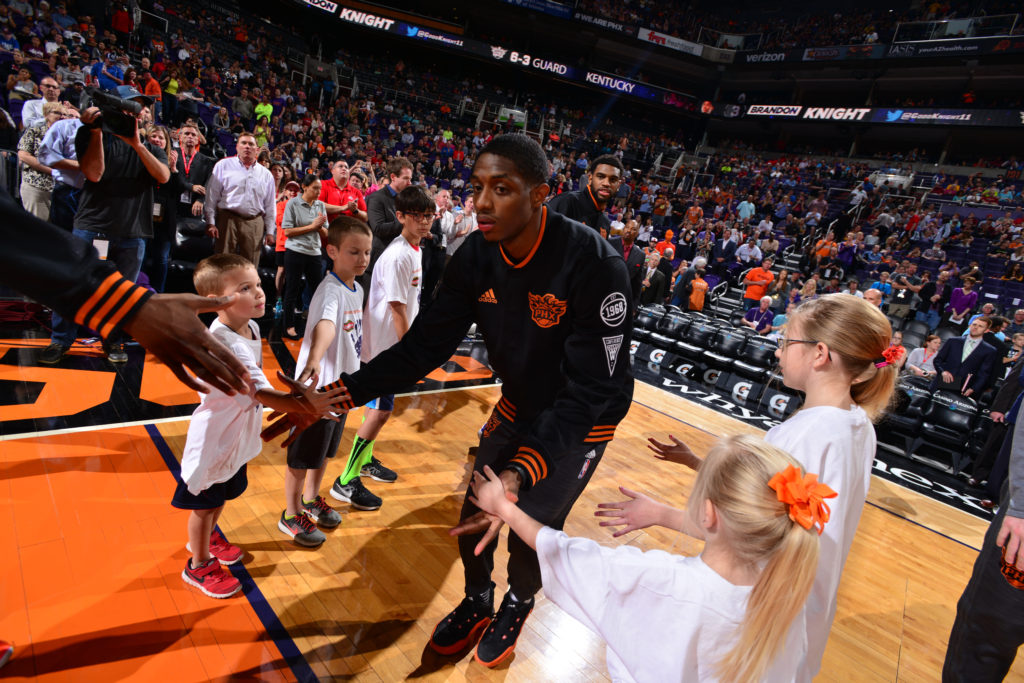 Knight, 24, has accepted the “sacrifice” of coming off the bench.

Watson says that Knight—who’s been on three teams over five seasons—will be the Suns’ most important player in 2016-17.

“It’s definitely a sacrifice,” said Knight, using one of Watson’s key tenets for the season. “We all have to do it to try to make the team better. Like I said, this is part of it. As long as I’m going out and remaining positive and trying to lift the team up and we’re winning games, that’s what you want to be part of – a winning situation.”

“I respect Earl,” Knight said. “Earl did an excellent job of letting me know ahead of time. Earl is a straight-forward, honest guy and I love him for that. That’s the reason I want to play for Earl because a lot of coaches wouldn’t handle it that way. I appreciate the way Earl handled it and I respect him a lot for that.”

“It’s a different skill,” Watson said of Knight learning to come off the bench. “He’s good enough that he’ll pick it up. Once he feels that flow, he’ll feel a natural rhythm to the game. Anytime you accept that role as a professional and you accept it for the betterment of the team. We call this thing, ‘Leaving it at the door. It’s all about we.’ Everyone talks about it but until you actually have to do it, I don’t think there’s any better sign of leadership on any team in any sport.”