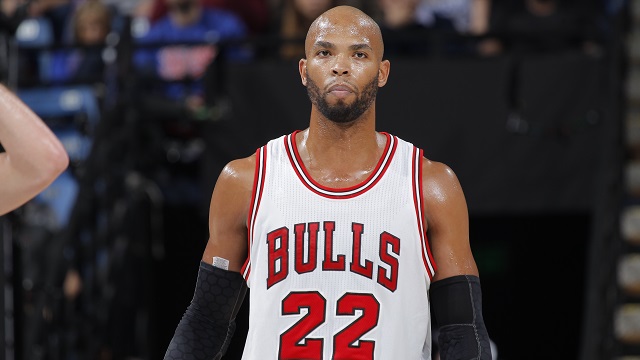 The Chicago Bulls announced Friday morning that forward Taj Gibson underwent left ankle surgery earlier this week, and that he’s expected to be sidelined for the next four months.

Chicago Bulls forward Taj Gibson underwent an arthroscopy and repair of his left ankle on Tuesday, June 16. The surgery was performed by foot specialist Dr. David Porter in Indianapolis. Gibson’s surgery went as expected and he has begun the rehabilitation process. His estimated time to return to full basketball activity is approximately four months.