The American roster for the 2018 Nike Hoop Summit was revealed on Tuesday morning. Team USA will take on the World Select Team on April 13 at the MODA Center in Portland, OR. The team is led by Duke commits Cameron Reddish and Zion Williamson, who is the youngest player on the team (doesn’t turn 18 until July).

Peep below for the full American roster. World Select roster is expected to be announced shortly. 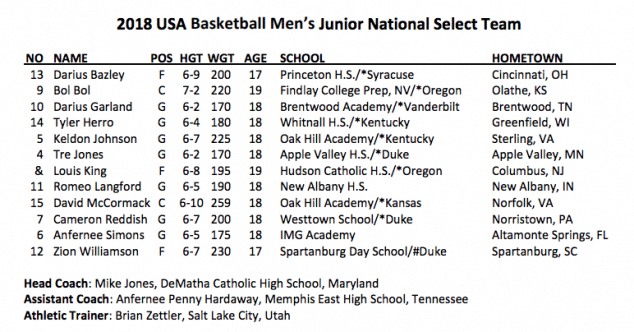 ICYMI: Here’s What Happened Across the League Over the Weekend