Terrence Williams: ‘I’d Be Happy To Be In Jersey For The Rest Of My Life’

“I feel good [about it],” Williams said in the visitor’s locker room at Madison Square Garden, shortly after dropping a preseason game to the New York Knicks, 117-111. “It shows you the faith they have in you as a player and the trust that they’re putting into you, so I definitely appreciate that.”

In the Nets second to last game of the preseason, that trust was rewarded with a promising if a bit uneven 27 minute, 15 point, 5 turnover, 4 assist performance from Williams.

“I had too many careless turnovers,” the Seattleite acknowledged. “But, other than my turnovers, I think I’m doing a solid job on defense and as far as trying to find guys, and score points when we need it.”

Only a summer removed from a 12-win rookie season, Williams is now happy to be a Net, and hopes to stay one for a while.

“I’d be happy to be in Jersey for the rest of my life,” said the 11th overall pick in the 2009 NBA Draft. “There’s no point in going nowhere. I like everything that’s around here. I like the direction our team’s going.”

You can assume that means he’d be happy in Brooklyn–if the team ever actually moves there–as well. 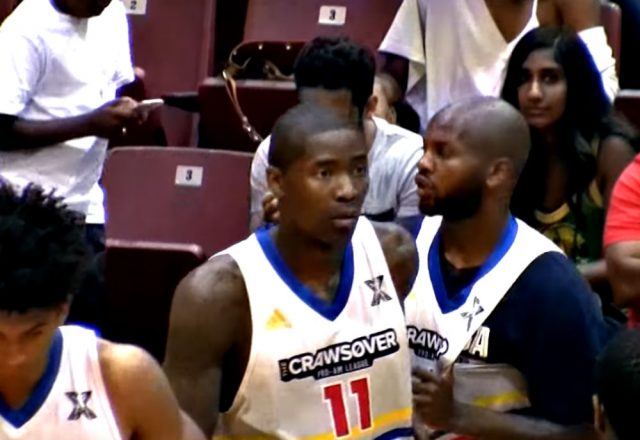 Jamal Crawford Gets Buckets And Gets Heated In Crawsover League Game