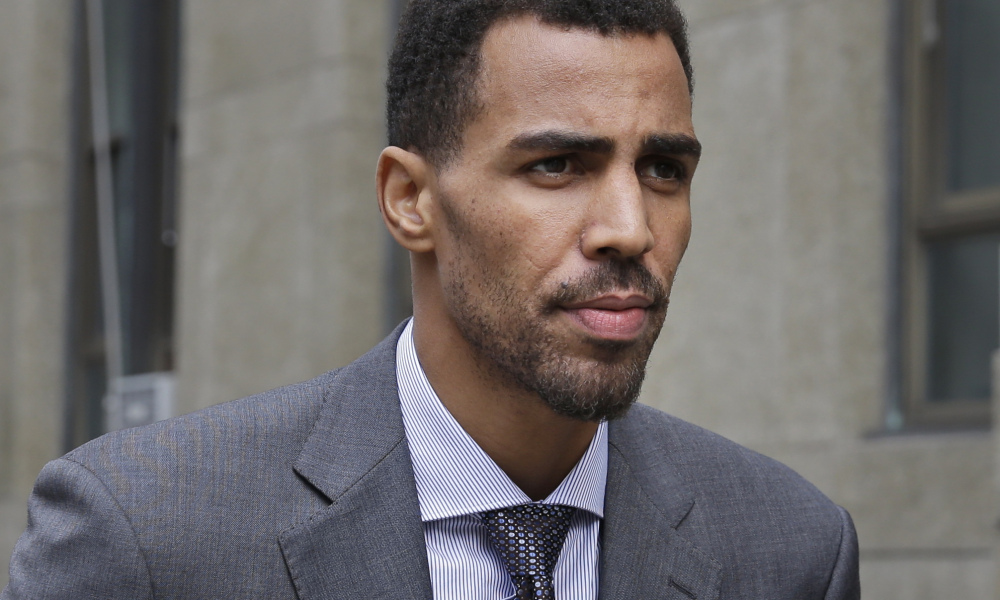 Atlanta Hawks swingman Thabo Sefolosha has filed a federal lawsuit against the city of New York, alleging he was unjustly arrested outside of a Manhattan nightclub last year during a brouhaha that left him with a broken leg and ended his NBA season prematurely.

Sefolosha says he called one of the NYPD officers “a midget” before getting manhandled.

Thabo pushed for a trial, and was acquitted of misdemeanor criminal charges.

He testified at his trial that he moved off the block at the behest of a confrontational officer and was trying to give a panhandler a $20 bill when he was grabbed by police and taken to the ground.

The officers “attacked and jumped” on Sefolosha and one used a baton to hit him during the arrest, he claims in the lawsuit. Sefolosha has said he was left with a broken leg during the struggle, causing him to miss the playoffs.

His lawsuit, filed in federal court in Manhattan, alleges the officers arrested him without cause and filed a false report. He is seeking unspecified damages from the city and five police officers. […] Another player who was arrested during the fracas, Pero Antic, filed a lawsuit against the city and the police department last week, also alleging false arrest in relation to the fracas. Charges against him were dropped.