The Cavs are Shocked Draymond Green Keeps Getting Away With Kicks 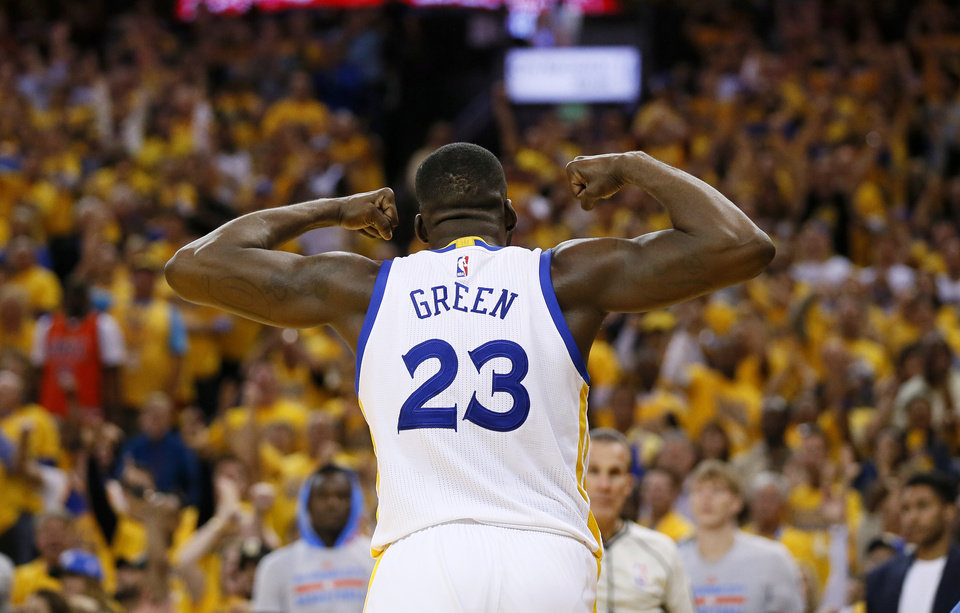 Like you and I, members of the Cleveland Cavaliers can only shake their heads in disbelief as Draymond Green keeps “flailing” his legs, and kicking people with basically no repercussions.

After a win last night, the Warriors showed they're alive and kickinghttps://t.co/qCgGaulVSt

Green bounced back Thursday night in a must-win Game 5 for the Golden State Warriors, and looked like himself on the court after struggling mightily in the OKC Thunder’s previous two victories.

The Cavs have a chance tonight to advance to the NBA Finals for a second year in a row, and know all too well that the League won’t do much about Dray’s troublesome feet.

When I showed the video to other players, their mouths dropped to the floor, including the mouth of LeBron James. But there were no comments to follow. Each player just handed my phone back and shook his head in disbelief, except for J.R. Smith.

“[The league’s] not going to do anything, though,” he said.

(Dahntay) Jones is still miffed at the way his situation was handled. Earlier in the week James was asked for his take on Green being allowed to continue playing following the Adams kick. […] “I have no opinion on it,” he said. “[The league] didn’t ask me my opinion on Dahntay’s play, so they definitely don’t want to hear my opinion on Draymond, so it doesn’t matter.”