The Journey of Jermaine Barnes 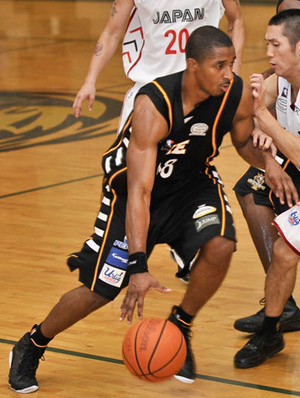 As the NBA lockout continues to prolong, it’s looking like the coming months will be awkward for basketball fans. Every basketball player dreams about making it to the League one day. They put extra hours in the gym, spend more time studying film, they push themselves through injuries to make themselves more durable and they deal with the criticism and scrutiny of hearing they can’t excel at the next level. And along with all of the hard work comes the personal journey. Many players have made their mark at the college level, only to fall short of making their presence known in the NBA. Many take the overseas route, some head to minor leagues, and unfortunately, some are never heard from again. Making a name for yourself as a player does not necessarily mean you have to be on an NBA roster, it just means that you need to leave a lasting impression anytime you get the opportunity.

Minor league basketball is a tough market. Team owners talk a good game at first, then before you know it, the team folds up before the season even starts. Even more do not finish the season. This leaves a lot of hard-working athletes with less hope and more frustration. It is a fact that players have come up from the minor league level to have successful careers overseas, and also get contracts with NBA teams. It’s not impossible, but the fact remains it’s very hard to do.

Professional basketball player Jermaine Barnes, currently playing in the UBA (Universal Basketball Association), talked with SLAMonline about his experience in the minor league basketball system, why players are overlooked, and why the UBA is the best minor league in the country.

At 6-5, 210, Barnes is an outstanding scorer, very athletic and can finish above the rim. He has played in minor leagues around the country, as well as teams in Japan, Mexico, Uruguay and Saudi Arabia. In 2008 he tallied a career best 63 points while playing in the All-Japan in 2008.

SLAM: Minor league basketball has experienced more downs than ups over the years, what keeps you motivated to continue to work hard and try to make a name for yourself?

SLAM: Why do you feel like minor league basketball players are so overlooked, if seen at all?

JB: I think minor league players are overlooked because for the past 10 years US minor leagues have been terrible, besides the NBA D-League. The leagues don’t push hard enough for the players, or the team folds. That’s why I respect the UBA. The league is all about the players and moving them on to the next level.

SLAM: Throughout your career overseas what has been your best experience?

JB: My best experience overseas was my first year out of Atlanta Christian. I was named the National Player of the Year but no one respected me. But then a guy by the name of Jerome Dodd gave me a chance in a Division 3 league in Japan. I only made $500 a month but it put Jermaine Barnes on the map. It really taught me how to be a man. So I would like to say thank you to Mr. Dodd for making me who I am.

SLAM: You have competed against some of the best players in the country, who is that one player that you believe made you work the hardest?

JB: I have seen a lot of great players from my experiences in Japan, Saudi, Uruguay, Mexico, the D-League and the UBA. I would have to say Mychal Kearse is the best. Kearse was my teammate in Japan and I haven’t had a better one yet. He has the ability to defend and score points. I respect him because our first day in practice we killed each other but he never backed down. He raised my level of play in the games and was the main reason for my 60-point game in the All-Japan tournament back in ‘08.

SLAM: You have won two championships in the UBA and you are also the reigning MVP, how does that compare to other accomplishments in your career?

JB: Winning those championships were great because the league is so competitive. Winning MVP is big because the league sends over 25 players overseas every year. That means I’m doing something right. I was also named USbasket.com All-United States guard of the year. To win that award over guys who are in the D-League was not only big for me, but also for the UBA as a professional basketball organization. The league itself was named the number one minor league in the country. It goes to show just how much talent is in our league. But I think the best honor was winning National Player of the Year in college. That was a rough period in my life and God pulled me through.

SLAM: Every great player has someone they molded they game after, who did you watch coming up and who do you watch now?

JB: When I was growing up it was all about Dominique Wilkins. I’m from Atlanta and he was our MJ. Now that I’m a grown man and have come into my own, of course I watch Kobe Bryant. His triple threat is awesome and I take a lot of his moves. I think Kobe is number two all-time behind Mike.

SLAM: A lot of players slip through the cracks and end up getting discovered late. Did you ever have any doubt about getting the recognition you wanted coming from a small school?

JB: Well I signed with the University of Tennessee when I graduated from Morrow High. So I always felt I would be an NBA player. But I didn’t take my books seriously so I slipped through the crack. But I’m very proud to have made it overseas from a DIII school. I feel that says a lot about my game. God made it hard for me so I would be grateful now. But I never doubted myself for one second. I knew I would be a professional basketball player ever since I was in seventh grade.

SLAM: What’s next for you?

JB: Well I haven’t been to Europe yet due to the birth of my daughter and business ventures. But now that she is older I think it’s time for me to take my show back on the road. This season I will play the first half of the season in the UBA, and then join Coach Ricky Benitez in Mexico. After that I will go to the NBA D-League or Europe for sure.

SLAM: What do want to be remembered for when your playing days are over?

JB: When I’m done playing this game I want people to remember me for giving back. Helping young players reach greater heights regardless of my own achievements. Jesus gave his whole life, so I figure who am I not to give back? 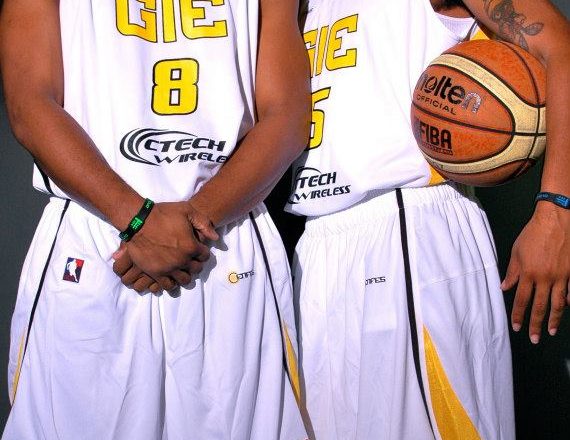 More Than Just a League