The Miami Heat are Your 2012 NBA Champions 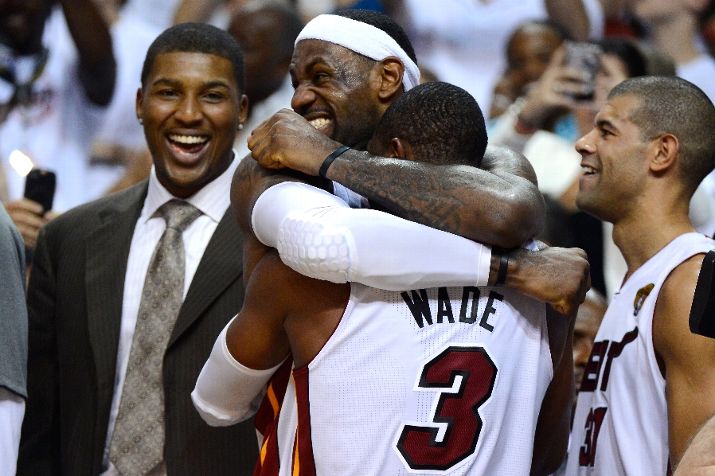 Congrats to the Miami Heat, who deservedly won the 2012 NBA Championship after taking down the Oklahoma City Thunder in five hard-fought games. Be sure to catch up on anything you might’ve missed in our liveblog, and here are some details from ESPN’s recap: “The critics can stop now. King James is finally a champion. Behind yet another stellar effort from the regular season’s most valuable player, the Miami Heatrouted the Oklahoma City Thunder 121-106 in Game 5 of the NBA Finals as LeBron James won his first championship. James, whose ‘I’ll be taking my talents to South Beach’ declaration angered the masses and made the Heat into league-wide villains two summers ago, capped his stellar 2012 Finals with a triple-double. James scored 26, adding 13 assists and 11 rebounds and was unanimously voted the Finals’ most valuable player. Dwyane Wade and Chris Bosh, the other two-thirds of Miami’s ‘Big Three,’ poured in 20 and 24, respectively. Mike Miller scored 23 points on 7-for-8 shooting from 3-point range for Miami, which adds this title to the one it claimed in 2006.”