The Odds Are Against Him 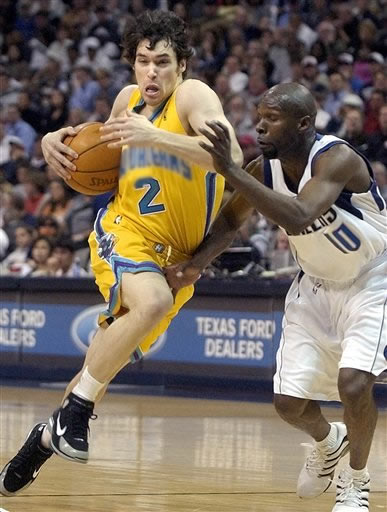 Some guys just know how hold down a job. Dan Dickau seems to be one of those guys. While the New York and NBA media seems to think he won’t make the squad, it’s tough to totally count him out.

A second round pick of the Kings in 2002, Dan Dickau has played in five consecutive seasons in the NBA without a D-League demotion or foreign stint on his record. Being traded eight times and wear different six uniforms in his short career, hasn’t hurt his pride much, Dickau has, by now, stuck around long enough to earn a pension. However, his chances of staying with his latest team, the Knicks are pretty slim.
Being included in the trade that sent Zach Randolph to the Knicks didn’t leave Dickau in the best position. With Marbury, Mardy Collins and Nate Robinson all vying for time at the point guard spot, it might take a miracle for Dickau to hold onto his Knicks uniform.

Is there any way Dan Dickau can stay with the Knicks?