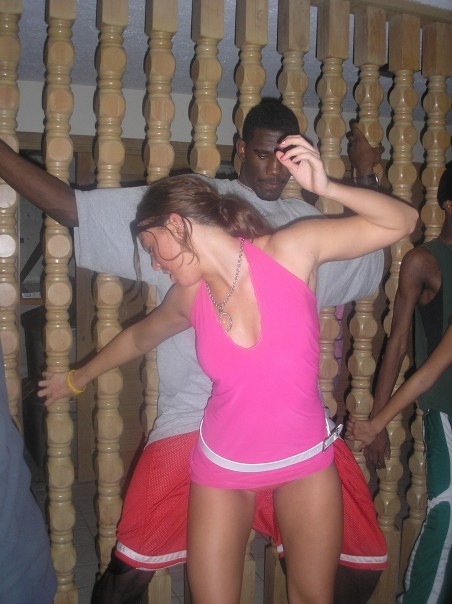 – And the iron goes to: Isaiah Thomas.

The New York Knicks have approximately $86.7 million dollars tied into just guards next season–dead and alive. ($94.2 million if you count Quentin Richardson as a really good rebounding guard.) Here’s where it gets really interesting: if you took all of the British national guards–the guys that stand in front of Buckingham palace and aren’t allowed to flinch–and added all of their salaries, including the 2:1 pound to dollar exchange rate, you wouldn’t even come close. They aren’t allowed to move, which seems like suffering to me. The Knicks suck at moving and get paid extra millions. The NBA really needs to look at salary arbitration.

How to solve this (kind of): The Knicks need to trade away their tradable big contracts for nothing (are there actually any of those?), absorb all the remaining contracts, compete next season with a bunch of loveable feuding underachievers overachievers and trade their only real asset (Channing Frye) for a fringe playoff team’s #1 pick.

Once that move is made, the Sternbot will realize the gravity of the impending disaster—Isaiah Thomas staying on after accomplishing a whopping 36 wins, no future in sight, and the all-too-real threat of a city full of angry, orange and blue bleeding, rocket scientist cabbies waiting to detonate Madison Square Garden in the name of Renaldo Balkman. This would leave NYC without a functioning Penn Station in the wake of their fandom’s climaxing mania, a time when 8 out of 10 Knick fans are already looking to a future in Brooklyn and its soon-to-be thriving, revolutionary franchise (hopefully run by Jay and Jake). The threat of this explosion—terror threat orange (and blue)—or even more likely, a massive, selltheknicks.com marching kamikaze, would cause an unsolvable transportation problem and the city’s second emotional and financial apocalypse in six years. Even worse, innocent people (non-Knick fans) could die. Given the life and death context of the situation, the mediocre team that figured they were dealing the 14th or 15th pick for Frye will undoubtedly fail to make the playoffs because of a blown call in a regular season finale officiated by Knick Bavetta.

That ping pong ball will be frozen and will turn into Greg Oden. Predictably, after a year of more underachievement with the most promising big man in years, Zeke will be fired. Ernie Grunfeld (or Sam Rubenstein) will be brought on to run the show and will bring in bruisers and erratic shooters to surround Oden, their young talent and their new coach, Pat Riley. With all the contracts finally expired, they’ll be contenders by 2011, I promise. Anyway, here are your 2011-12 Eastern Conference Finalist New York Knicks—still not getting by LeBron, wherever he is— if things break right:

SF: Joakim Noah: 4th pick in the ’08 draft behind O.J. Mayo, Bill Walker and Tiago Splitter. The Sternbot, looking to squash any conspiracies, drops the Knicks out of the lottery after they finish the ’07 season with the NBA’s second worst record. Noah would have to stay in school an extra 2 years for this to happen. But he’s Joakim Noah, so why not? Let him grow a full mustache before he turns pro.
PF: David West: Signed away or signed and traded away from New Orleans in the summer of ’08. West’s midrange game would blossom with Oden clogging up the lane and he would also be more effective on the boards.
C: Greg Oden: 1st pick in the ’07 draft.
PG: Sebastian Telfair: Signs with the Knicks the summer of ’09, fulfilling a lifelong dream to rep Coney Island and play for the Knicks. Um… Actually, if he improves his D and his jumper, he could be an ideal pick&roll candidate for Oden to play with.
SG: J.J. Redick: Acquired in the middle of the 08/09 season after Orlando sends him packing for getting a DUI and trying to pick up Minnie Mouse.

Mike James: Sent to the Knicks early in the 2009/10 season after threatening to battle rap Kevin McHale. Declares himself “mentally ill and balling near Amityville.”
Danny Fortson: Signed in 2007. Struggles with the change initially, but becomes a valuable veteran under Riley, winning bonus points for his soundbytes, which are nothing short of incredible heroic.
David Lee: Hustle. The only holdover from the Larry Brown “era”.
Matt Bonner: Signed when his contract expires in ’07 because he’s a fan of complex public transportation and walking.
Dan Gadzuric: I say Gadzur-itch. You Gadzur-eek. He says Gadzur-eech. She says Gadzur-ick. After making 7.2 mil in 2010/11, Gadzuric should be signable for the league minimum. And, as Oden’s backup, he won’t be playing much, anyway.
Renaldo Balkman: Anthony Bonner 2.0
Someone they drafted along the way: Sounds like a player!
Alonzo Mourning: Player-assistant coach shakes his musclebound pom-poms.

Note: This is probably impossible and only what I would do if I was in charge.

“Trailblazers, they ballin’ with vengeance.”

–And the irony goes to: The Trailblazers, because they don’t, didn’t, and won’t, at least not until Darius Miles gets traded.

The Trailblazers need to start making Avis commercials just to be ironic. “Hi, I’m Darius Miles, and we try harder.” The camera flashes to D-Miles handing a relieved grandmother the keys to a rented Caddy that he drove through a blizzard to get to her. Zach Randolph is riding shotgun with a huge grin across his face. John Canzano is incognito in the trunk.

The Blazers have lost so much money and become such a disgrace that Paul Allen is selling the team. How do you lose enough money to piss Paul Allen off? Even with the atrocious record that will turn into a lottery pick, how did they become more disgraceful than the hardcore Jailblazer years? You’d think that he’d keep the team around just because he can.

Glad you’re happy to be on your way out, D-Miles. It’s finding that exit sign that might be difficult. Even though Lamarcus Aldridge and Brandon Roy both have the potential to be very good, the Blazers won’t be fully ready to compete until Miles is traded and Raef Lafrentz’s contract comes off the cap after the 07/08 season because not only are they clogging Portland’s cap space, they’re clogging the front court.