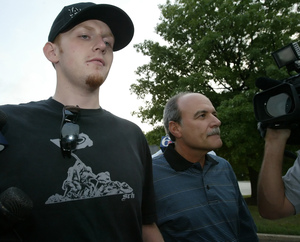 By Sam Rubenstein
Hello! It is Friday. I’ve been extremely busy doing all kinds of random this n’ that’s this week. Nothing nearly as interesting or exciting as what Lang was doing out in Vegas staying up until 9 AM, but since he wrote in great depth about actual basketball being played out there, you will now suffer the wrath of some of my non-basketball thoughts, which are all very important.

Thought #1) After reading this Andy Rooney column, I have finally learned that the secret to being a successful “journalist” is writing exclusively about whatever the latest thought is that pops into your head, about whatever subject is on your mind at the moment. Relevance and public interest go by the wayside. So what if it’s grossly inaccurate and incredibly racist? My grandma was the same way, and they buried her a G.

Ha ha, they’re all Rodriguez to me. Wow that’s asking for trouble on so many levels. It’s almost as if he sat there and tried to think of the most racially inflammatory thing he could say. Tough to move on from that, but I’ll try. Stick to complaining about the difficulites of opening the modern day cereal box and how they don’t make ’em like they used to Mr. Rooney.

Thought #2) I do not own an XBOX 360. Ever since my girlfriend moved in, I do not have the same love for video games. Maybe it’s maturity, maybe it’s having a female presence constantly berating about it and telling all her friends. Alas, there is a new game that makes me want to play 360. BIOSHOCK! Read the review. Read any review you can find, they all say the same thing. Now watch this video. AAAAAAAAAAAHHHH!!!

That same girlfriend who criticizes my video game playing is having a bunch of friends over on Labor Day weekend to watch the recent Justin Timberlake concert on HBO. Now that’s what you call hypocrisy. I feel sorry for our neighbors. And myself. There will be shrieking.

Thought #3) Rap music. I don’t really talk about it much these days. I hate to say it, but of all the places to really nail the issue of what’s wrong, I read about it in TIME Magazine.

Everyone’s all worked up about the impending popularity contest between Cuuuuuuurttttiiisssss and Kanye this coming 9/11. Who cares. I am not qualified to speak on this subject since I haven’t paid cash money for music since before itunes existed, but to me caring about who sells the most records, well that’s more about marketing and sales and stuff and doesn’t have anything to do with the quality of music. The swing demographic that makes or breaks sales in most fields these days is the teenage girl. If I were to comment any further on that it would get weird and creepy, seeing as how I’m a grown man. It would be kind of shady if I talked about things like THIS at my age. I mean, I share a cubicle at work with a 22 year old girl and every day it’s a culture shock.

But yeah 50, you’ve got tens of millions of them lined up to spend their allowance money on you. And while I’m on the subject of Cuuuuuuurrrrrtttiiiiiissssssss…

Thought #4) I never read any of the Harry Potter books, but I have been plowing through them recently. If you haven’t read them, the kids at school play a game called Quidditch. The important thing is to catch a ball called a “snitch” (having nothing to do with a Donaghy type of snitch, as far as I can tell so far but I’m only up to book 4. Don’t spoil.), and one of Harry’s rivals is named Draco Malfoy. Anyways, on page 167 of the paperback version of book #2: The Chamber of Secrets, someone says to Potter “Get to that Snitch before Malfoy or die trying.” Sounds like Get Rich or Die Trying if you ask me, and this book came out in ’99. Oh Cuuuurttttiisssss, you plagiarist! No… you closet Harry Potter fan!

If I wanted to, I could roll off about 20 of my patented professional archetypeiologist “how this is like that” NBA to TV/movies/books/video games comparisons with Potter. I won’t. Today.

Thought #5) It’s an exciting time in sports for your truly. The Mets have been playing great, thanks to the derogatory words I have been directing towards one Carlos Beltran. He has changed me as a fan. I know that you’re not supposed to boo your own players cause it’s bush league, and everyone goes through slumps. But I reached a breaking point when Carlos was on the DL with an injury known as being high maintenance. Ever since he came back I have been cursing at the TV, and he’s subsequently launched into one of his hellfire hot streaks. Keep it up you worthless waste of $180 mill.

(No seriously, keep it up!)

Billy Wagner has been having a phenomenal year as closer. He’s dead to me. Thankfully the Mets play in the National League which is kind of like Little League with fancier uniforms. So Lang’s Braves tried to buy the pennant with their big money first baseman. What’s his name has hit a bunch of dingers, got a song written about him by two guys on acoustic guitar and folksy singing, talking about how they’re catching the mighty Mets in the pennant chase. But the Braves are lower than Sillydelphia right now. That’s low. Subhuman even. And who says baseball isn’t the fabric of American life?

Thought #6) Time out to placate Ryan. Ryan, I am going to a RUSH concert in September and it is not for any ironic or too cool for school detached reasons. I bought the tixxx as a present for my brother, who is a little bit older than you. Yes, we are fans of RUSH. Go ahead and make your snarky little comments about our nerdiness. They are great musicians. Neil Peart revolutionized how drums are played and he wrote the lyrics in his spare time. Alex Lifeson would have been a legend in any other band, but in RUSH he’s the thrid most well-known out of three people. Geddy Lee has a huge schnozz. Now leave me alone!

Thought #7) Which brings me to my favorite whipping boy of all. Young Elisha Manning. The other day, he finally spoke up when Tiki the media, um prostitute Barber put the Giants business in the street. ELI?!?! Is that you? Our little man is growing up right before our very eyes! Tomorrow you learn how to shave.

But here is the fun part of being a Giants fan… Khalid Salaam, Senior Editor of SLAM Magazine, has been celebrating the Eagles pre-ordained 13-3 season. He loves rubbing it in how good they are destined to be. Loyalty is not at a premium as they just cut one of the old bleeding hearts of their team, middle linebacker/imaginary axe murderer Jeremiah Trotter. So, these days one of my favorite go-to jokes has been “Hey how’s Andy Reid’s jailbird son doing? Does Andy still love him? Do you think the kid has father hate issues because he’s jealous that his dad loves Donovan McNabb more than he loves him?” Does the kid see a Chunky soup and go on a 12 state killing spree? You know, petty stuff like that. And then this story breaks yesterday after work hours.

HOLY SH-BADWORD! First Moses came down from Mount Sinai with the commandments, then there were thousands of years of nothingness, and now this.

He failed a sobriety test at 3:45 P.M!!! Not to be judgmental but when you’re over the legal limit in the late afternoon, yeah that’s some serious drankin! Who to blame… hmmmmm… Who. To. Blame.

You know what, I blame poor parenting, and exonerate his mother because she did her job by squeezing him out of the womb and loving him all of these years. This is on absentee Andy. And the kid’s brother was on that H bomb hardcore. (Slang for heroin, slang used by me and me alone. Don’t bite it.) Come on Andy! These kids are gonna be pitbull fighting in 5 minutes if you don’t keep them in check.

I dunno, when I think of Khalid Salaam, I think of a man who takes great pride in his principles and morals. I don’t think of a man that says “Who cares what these spoiled kids with a sense of entitlement do with their lives. That’s got nothing to do with the game on the field.” I think Khalid is a moral pillar of his community and he should be APPALLED by this behavior! If the head coach can’t keep his sons out of trouble, I mean, either he’s spending too much time stroking Donovan’s fragile ego, massaging his delicate temples, whispering sweet nothings into his ear about how they did what Donovan wanted and got rid of the more masculine, less divalicious Jeff Garcia, or Andy just doesn’t care about the decency of man. I’ve seen an episode or two of Big Love. I know what Andy Reid is about.

Is exposing your child, your seed, your son, to carry on the Reid legacy, to fend for himself the mark of a true leader? In my opinion, no it’s not. It is bad parenting and being the coach of a football team is like being a parent. Let’s compare absentee Andy to the bane of our Giants fan existence Tom Coughlin. It’s old news that Tom convinced the higher ups to draft a certain player out of Boston College because that player was fathering Tommy’s granddaughter. That’s a little thing I like to call “CLASS!!!” Family first.

But on a serious note, I don’t think you get how CRAZY this is. Khalid and I were trash talking yesterday to the point that Susan dared us to make it through the whole SLAM meeting without talking about football. We talked about Reid’s son the most we’ve ever spoken about him, and then a few hours later he gets himself arrested. That’s weird. Where was Khalid when he found out about the latest Reid arrest? Did he have a moment of panic when he realized I would be reminding him of said arrest constantly? We can only hope so. Is this the first he finds out about it? That would be even better. The ghost of Wellington Mara is smiling down from the heavens!

Okay, FRI-DAY! Pay-Day! That was fun to write!