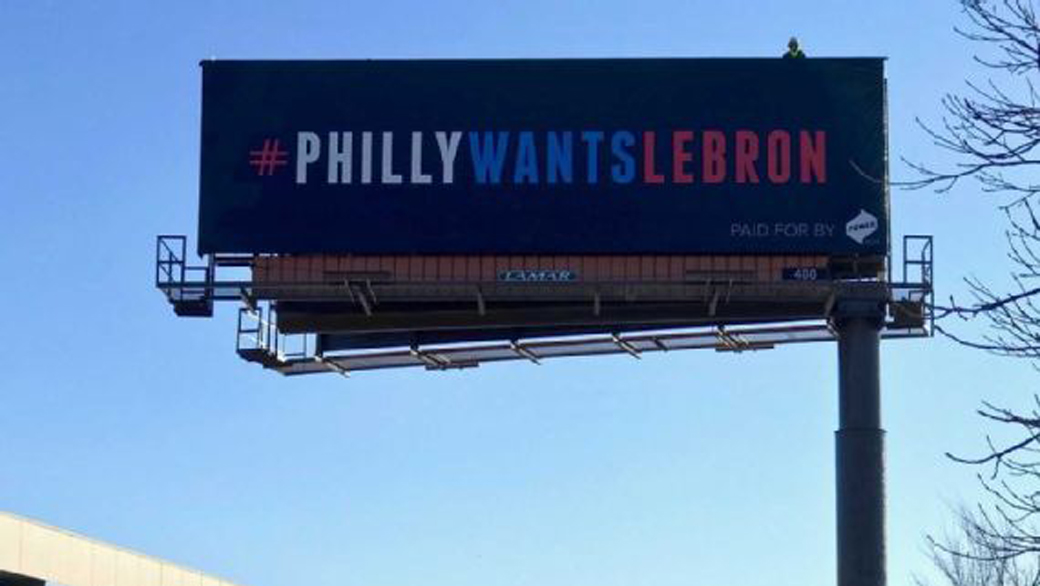 Inspired by the Academy Award-nominated film “Three Billboards Outside Ebbing, Missouri,” a group of passionate Philly fans have put up three billboards in Cleveland, Ohio aimed at recruiting LeBron James to the Sixers, via ESPN‘s Darren Rovell.

The signs, bought by Power Home Remodeling, a company based in Chester, Pennsylvania, are located along I-480 about seven miles from Quicken Loans Arena:

“We’re passionate about Philadelphia,” said Asher Raphael, the company’s co-CEO. “We have an amazing city, it’s the best sports town and it’s an awesome place to live. We think the best athletes should want to play here.”

The first billboard displays a No. 23 in maroon with a crown on it alongside the numbers of Ben Simmons, Joel Embiid, Dario Saric, and Robert Covington. The second reads “Complete The Process” and the third “#PhillyWantsLeBron.”:

A Philadelphia-based company put up three billboards on highway to downtown Cleveland this morning saying that city wanted LeBron. Here they are in order. pic.twitter.com/vntsa8h3mE

James will be a free agent this summer and the Sixers have the cap space to make it happen.