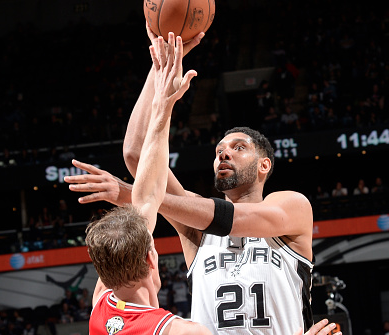 The Spurs beat the Bulls in San Antonio, 116-105 on Sunday afternoon, led by 32 points from Tony Parker. And in the process, Tim Duncan did something he’s never done his entire 18-year career: Duncan didn’t record a field goal in the game. TD was 0-for-8 from the field today. It’s an amazing feat when you consider that Duncan’s played more than 1,300 games and until today, had always scored at least one bucket. Wow.