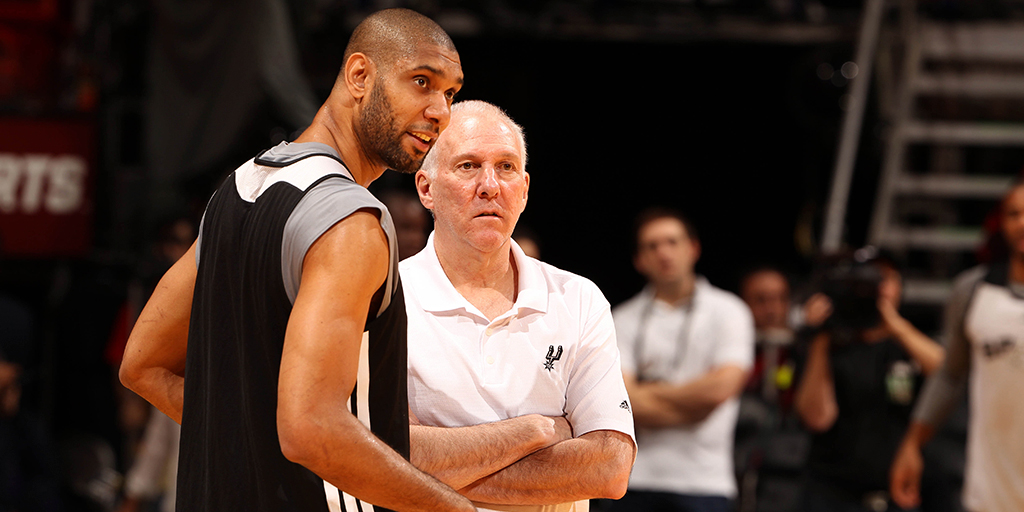 Just like Kevin Garnett, Tim Duncan can’t stay away from the game. Last week, KG showed up to Bucks practice to work with Giannis Antetokounmpo, Jabari Parker and Thon Maker. Today, Duncan popped up at Spurs practice and played one-on-one against Pau Gasol:

After practice, Gasol spoke with reporters and explained the rules of their one-on-one game, revealing that Duncan only had to play defense:

Duncan’s jersey will be retired on Sunday, Dec. 18 following the Spurs-Pelicans game.