Timberwolves Rookie Tyus Jones: ‘Goal is to Make the Playoffs’ 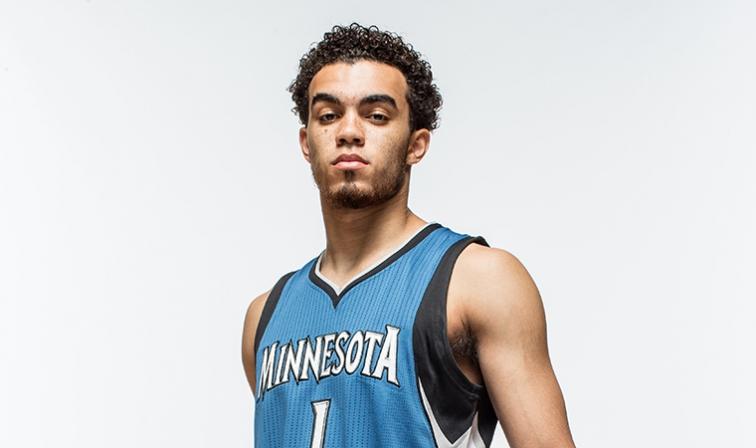 For a team that’s coming off a 66-loss season, there seems to be an awful lot of talk about making the Playoffs in Minnesota.

Timberwolves rookie guard Tyus Jones reports that qualifying for the postseason is the overarching goal in 2015-16 for the T-Pups.

Tyus Jones on #Twolves expectations: "The goal is to make the playoffs & try to make a playoff run, try to turn things around from last yr".

With head coach and president Flip Saunders expected to miss a large chunk of the season, and a largely young and inexperienced roster, Jones has to know that it will be a monumental challenge for Minny to finish among the top-eight squads in the stacked Western Conference.

The Timberwolves’ rookie point guard had a strong relationship with Saunders even before the team selected him late in the first round of the NBA draft in June. Saunders, a family friend, attended Jones’ high school games. […] “You never want anybody to go through that, especially someone you’re close to,” Jones said. “When I heard that news, it was definitely pretty sad. I reached out to Coach Saunders, just let him know I was praying for him, and I’m with him — that he would get through this. He’s fighting it. He’s in good spirits, and he’ll definitely get through this and still be part of this team, this organization in a big way, like he has been.”

The Wolves have a young and talented roster that includes potential second-year breakout players Andrew Wiggins and Zach LaVine, as well as No. 1 pick Karl-Anthony Towns. But there’s also veteran leadership with Kevin Garnett, Andre Miller and Tayshaun Prince. […] Last season, the Wolves went 16-66, the worst record in the NBA. Jones said the expectation is to break a playoff drought that dates to 2004.

“I think that’s been very understood that’s our goal as a team,” he said. “We have a great balance of young guys, veteran guys, mixed with a lot of talent. When you’re going into the season, you got to have confidence, and you’ve got to be willing to put in the work. That’s what we’re going to do. […] The goal is to make the playoffs and try to make a playoff run, try to turn things around from last year. It starts up in a couple weeks.”