Timofey Mozgov: ‘I Would Like to Play With LeBron’ 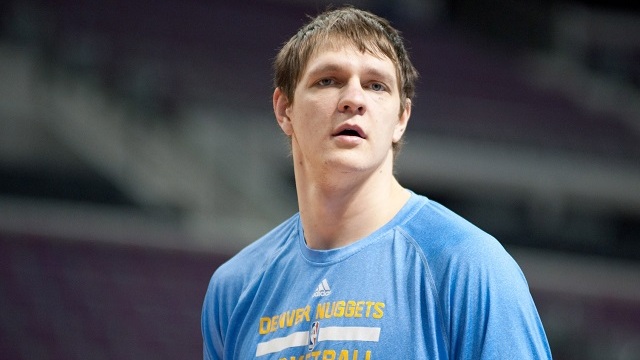 It’s no secret that the Cleveland Cavaliers would like to get their hands on Denver Nuggets big man Timofey Mozgov. According to the Moz, the feeling is mutual.

Mozgov, in a chat with reporters in Russia, says he’s happy in Denver, but certainly wouldn’t be sad about re-uniting with his old coach David Blatt and teaming up with LeBron James. Per Rush’n Hoops:

“Of course, it would be interesting to play for David Blatt’s team. I know his coaching philosophy well, after working with him on (the) Russian national team. The thing you like about Blatt is that he always sets the highest goals for himself and for the team.”

Mozgov said he has no plans to force his way out of Denver. […] “So far all the talks about trade to Cleveland are just rumors. My last season in Denver was good, and to try and do something to leave the team wouldn’t be smart.”

“I would like to play with LeBron. But even though playing for a contender is cool, you got to understand that I want to be part of the team and not to just join a contender and ride the coattails, being a burden.”