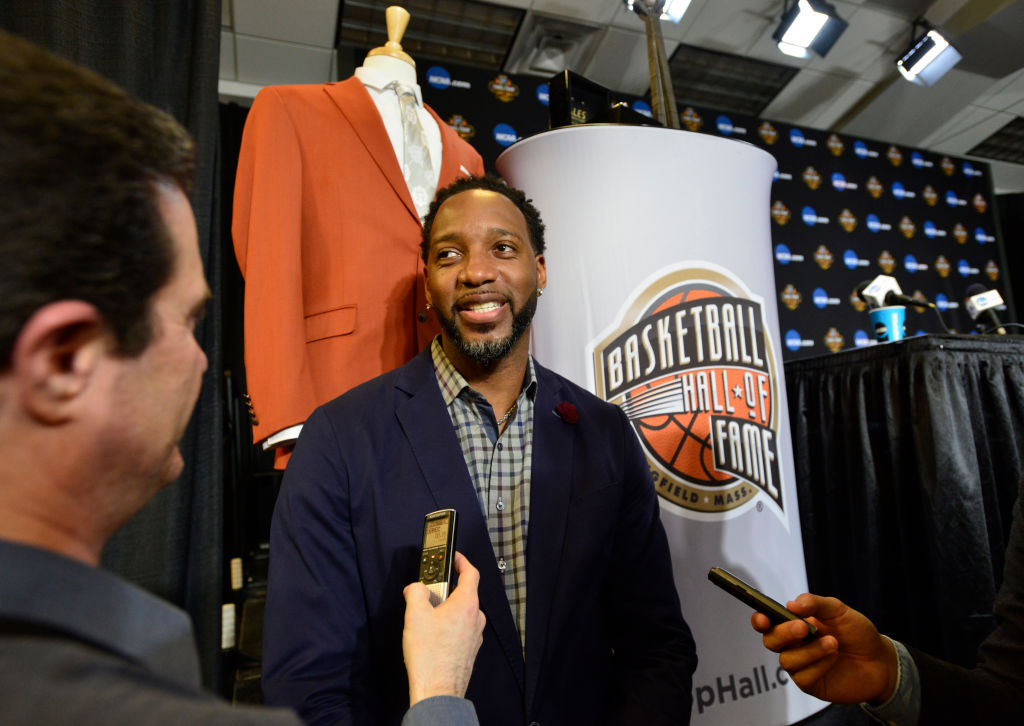 According to Tracy McGrady, “anybody” can win an NBA championship, but getting into the Hall of Fame is another matter altogether.

Tracy McGrady on HOF induction: "Anybody can win a championship. Everybody can't get in the Hall of Fame."https://t.co/2ZdFuIBxid pic.twitter.com/cyC2ydlcAd

T-Mac will be officially inducted into the HOF on September 8.

McGrady takes offense to critics of his who continually point out that he never won a ring.

“Social media can give a lot of people voices these days, and the first thing they say is ‘No rings, no rings,'” McGrady said on Friday, in an appearance at the Hall of Fame’s 60 Days of Summer Program. “You have to have a great team and some luck to get a ring, right? Unfortunately, I wasn’t blessed with that. But I go back at them with this: Anybody can win a championship. Everybody can’t get in the Hall of Fame.”

For a short stretch, McGrady was one of the best wings in the game — an unstoppable scoring force who led the league in points per game in back-to-back years. In 2002-03, he put up a staggering 32.1 points per game while burying 38 percent of his 3-pointers and getting to the line nearly 10 times per game.

McGrady may not have a ring, but he was perhaps the best player in the NBA for a short stretch of time in the early 2000s, and at his peak, he was a must-watch basketball event. It’s not hard to see what the Hall of Fame voters saw when they decided to induct him this year.

“It’s such a surreal feeling,” McGrady said. “Before coming to the NBA, I didn’t know anything about the Hall of Fame. It wasn’t like a goal of mine. I just loved to play the game of basketball, and whatever accomplishments I got after that, obviously I’d be thrilled. This right here, this is awesome. The Hall? Really? From my story, where I came from, if I’d known that I’d be enshrined in the Hall of Fame, it really doesn’t get better than that.”