When you grow up in Compton, California and get to play at basketball powerhouse Dominguez High School, then help lead Long Beach State to the NCAA tournament, and are 6-7, one of the least likeliest places you should find yourself is in the writers room at The Daily Show. But that is exactly where comedian and writer Travon Free finds himself these days.

After tearing the meniscus in his right knee as a sophomore at Long Beach State, Free has successfully been able to take the jokes that he was amusing his teammates with while being injured on the bench to the stage as a standup comedian and eventually to The Daily Show. While in Boston for The Daily Show Writers Standup Tour, Free took some time before his set to chat with SLAM about playing with Tyson Chandler at Dominguez, the NBA and how he was able to make the jump from the court to The Daily Show.

SLAM: Your story is quite interesting as it is not the typical basketball player from Compton story. Can you speak about the journey you have taken from basketball to The Daily Show?

Travon Free: It is very unconventional, but also I feel like I got really lucky. I started doing comedy in college, right after hurting my knee. I always loved and watched comedy, so perhaps all those years watching, I was absorbing how to do it. Once I had the time to focus on it and discovered that I was actually good at it, I didn’t feel so bad about my basketball career being over. I was like here is something that I can pursue that I enjoy as much, if not more, than playing basketball.

I feel lucky that I found something else. A lot of people when they get hurt playing sports, that is all they have or all they knew, and they have to find something new and who knows how long that could take. I was lucky enough to find it when I was still in college.

SLAM: How exactly did you get into comedy while at college? I read that you took an actual comedy class at college, but what made you challenge yourself in that way?

TF: I was a more studious basketball player. My academic advisor mentioned to me that there was a professor who had a stand up class. So I talked with him and we just hit it off. After he read some of my stuff, he was like there is no doubt in my mind that once you leave college this is what you will be doing. And he ended up being right!

SLAM: Growing up, how did you get into playing basketball?

TF: It was just one of those things, where people were like, “Oh you are 10 years old and taller than almost everyone your age or four years older. Maybe you should try playing basketball.” [Laughs] I started playing on a 13-and-older team when I was 11. I was good at it, so I definitely was thinking about maybe playing professionally. I was playing on great teams with great players, many who ended up playing pro in some capacity. It was great—I kept developing and going from team to team, ended up at Dominguez. Played varsity my freshman year, and we ended up winning the state championship.

SLAM: That was the team with Tyson Chandler, right? Did you know when you were playing with him that he was going to develop into a great NBA player? He was super skinny at the time.

TF: He was super skinny, but he was really good. You knew he was going to go far with basketball. He was one of the best, if not the best, high school players at the time. I mean we played a lot of the top teams from across the country that year, and we beat all of them mainly because of Tyson.

SLAM: Have you been following his career or even stayed in touch? I know you were a freshman when he was senior.

TF: I haven’t talked to him in years. Even with those two years he was with the Knicks and I was in New York at the same time. We just never could figure it out. Then he got traded to Dallas, so now it is probably even more difficult.

SLAM: I heard that when you were injured in college, you kept telling jokes to your teammates and even the coaches.

TF: I was always around the guys even when I was hurt. I couldn’t do anything, so all I would do is listen to comedy albums and then try and be funny at practice. I kind of became that guy.

SLAM: That’s great. Let’s talk about your injury for a bit. Tearing your meniscus is no joke, what went through your mind during that time?

TF: You go through that identity crisis, man. This is what I’ve been doing for the last 15 years, what am I going to do next? What career path am I going to follow, if not this? With all of the time and effort I put into the game, it made you think. I remained confident though. I knew that I would find something I would enjoy to do. Luckily I found comedy.

SLAM: How was the rehab process? You injured your knee your sophomore year but returned to play one more season.

TF: Rehab was brutal, man. It was hard. I had an extra year of eligibility so I knew that I was going to play that one more year. They told me not to play anymore because after they cleared everything out, they saw that the damage was pretty severe. But I didn’t want to go out after two years of playing.

SLAM: Right, that is the stubborn athlete syndrome.

TF: Right, but we went to the tournament that year so I feel like I went out on a high note.

SLAM: No better way to go out. I know The Daily Show has you working out a lot but do you find time to watch NBA games?

TF: I tend to start seriously watching right after the All-Star break, but so far I’m enjoying watching the Cavaliers and how they are trying to find their bearings. That game against the Bulls was a lot of fun. It will be interesting to see how they progress as a team.

SLAM: So growing up in Compton, I’m guessing either the Lakers or the Clippers are one of your teams, right?

SLAM: [Laughs] What is your hope with the Lakers? Is there even hope?

TF: Signing Kobe to that deal was probably not the best idea but if someone offered me 48 million dollars, I wouldn’t be turning them down. You can’t give an aging player all your money if you want to rebuild. We can’t reward Kobe for what he did for the franchise in the past. They will figure it out though. It is the Lakers.

SLAM: I’ve noticed that you often tweet about Derrick Rose. Is he your favorite player?

TF: I love Derrick. The year he played at Memphis, I watched Memphis basketball for him. He was just amazing to watch. I just find it hilarious that he continues to get hurt every time he comes back from an injury. Another one, the other night. It keeps happening. I want him to do well. He is just so fun to watch. It is kind of like Allen Iverson. He has to learn how to play under control otherwise he will be bumped and bruised out of the NBA by the time he is 30.

SLAM: Let’s talk about The Daily Show. Most people probably don’t know how the writing room there actually works. How does a show get made?

TF: Our writing room is not a typical sitcom type of room. We already know what stories we are going to be looking at that day, from the previous day. Then we look at them with Jon [Stewart], and he decides what he wants to talk about. Then the stories get assigned to different writers, and we go off and do it. We rehearse with that script. Then that script gets rewritten one more time. We rehearse with that script a couple hours before taping then we go and rewrite that script into the final show script.

SLAM: Lot of work. I know Jon is a big basketball fan but is that carried throughout the office?

TF: Oh yeah, we talk sports. More so on an individual basis, but we do regular office sports stuff. We do an office pool for the NCAA tournament. We did one for the World Cup. We got our Fantasy Football league.

SLAM: On the episode of The Champs that you were on, you talked about how black youth aim to be in front of the camera more so than trying to help create behind the scenes.

TF: Right, I think it is because we came from black people being only allowed to be the shucking and jiving entertainers in front of the camera. We were never really in charge of creating the material. I think because a lot of black kids growing up have seen that evolution of character in black people throughout entertainment history, they desire to be the one in front of the camera. To be the one everyone wants to see. It is the same with wanting to be a rapper or an athlete. You want to be seen, you want to be heard. No one really tells you that you can do that by creating the material or by creating the vehicle for someone else.

SLAM: You were an athlete on the main stage—did you have to take a step back in your mind to become a writer?

TF: I still do stand up and have a web series with my friends in LA, so I still get my fair share of making my presence known. But I mean, I am writing on one of the best shows of all time. That credit alone, will get me into any door that I need to. 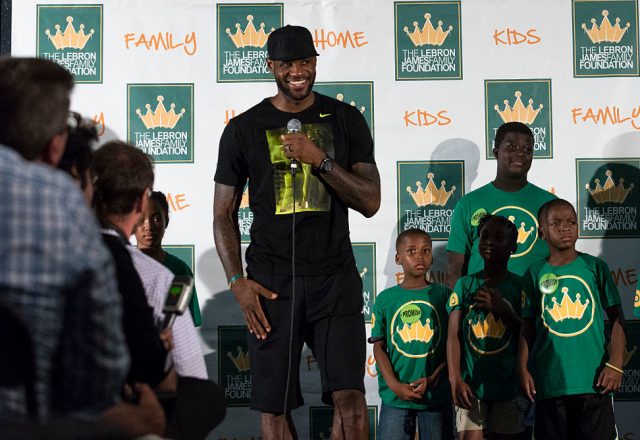 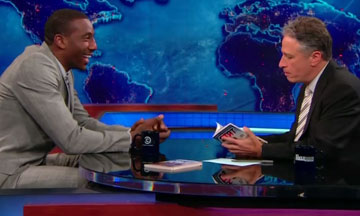