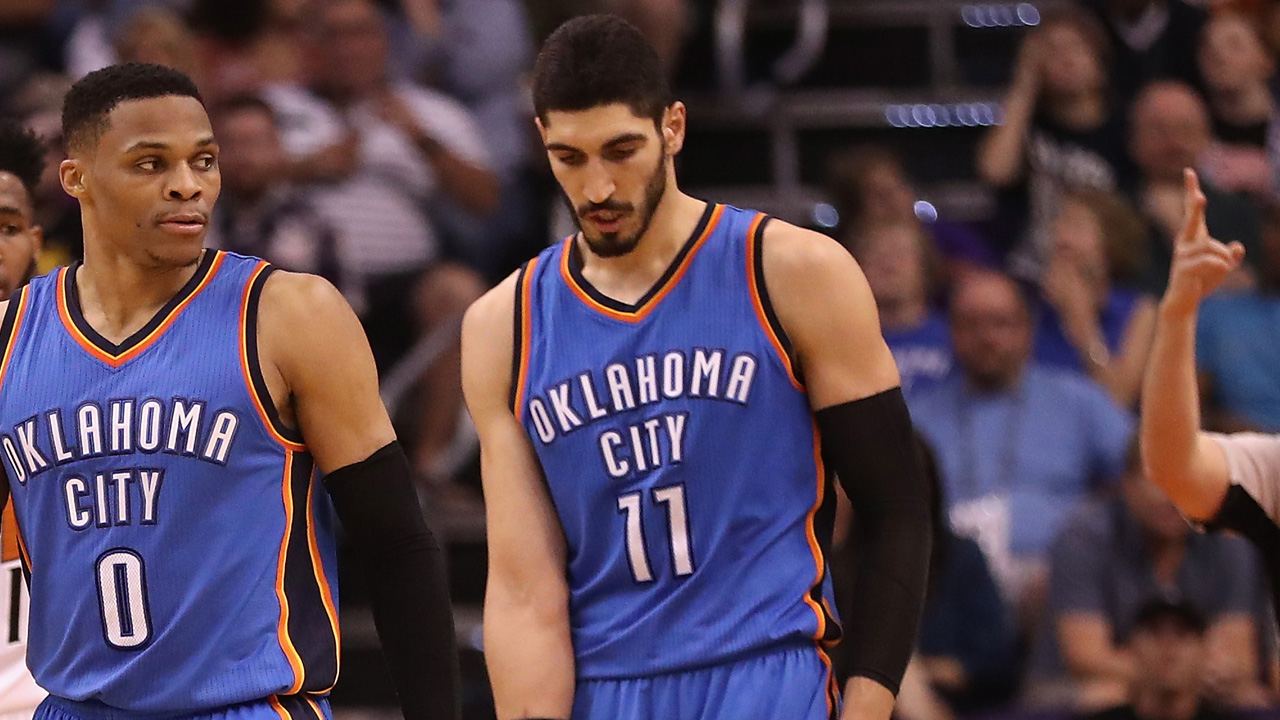 After fervently speaking out against Turkish president Recep Tayyip Erdogan, Thunder forward Enes Kanter is being sought by the Turkish government for being a member of a “terror group.”

According to an AFP report, Turkey has issued a warrant for Kanter’s arrest, to which 6-11 big man replied on Twitter (and has since deleted):

“You cannot catch me. Hahaha. Don’t waste your energy.

“I am already going to come to (Turkey) to spit on all of your ugly, hate-filled faces.”

While detained at an airport in Romania over the weekend, Kanter posted a video in which he called Erdogan, “the Hitler of our century.”

I'm being held at Romanian airport by Police!! pic.twitter.com/uYZMBqKx54

Kanter said that he’s been getting death threats and has been disowned by his family for his political views.

“But you know what, I stand behind what I believe.”