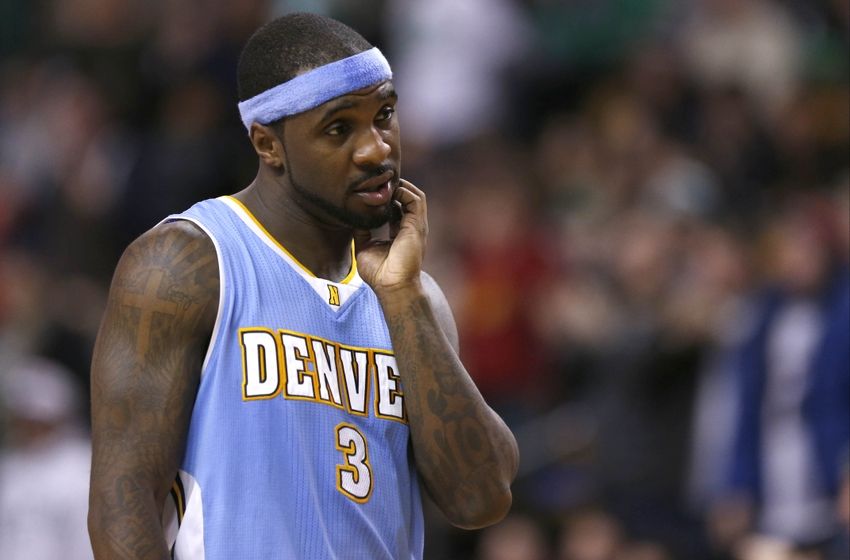 Lawson also knows that he’s being aggressively shopped around, something he hasn’t shied away from publickly acknowledging.

Going crazy because i smoked hookah

The whole world has a misconception about me ……

Denver drafted Emmanuel Mudiay last week, and though the Nuggets maintain that both PGs can co-exist, Lawson’s days in the Mile High City appear to be numbered.

“I just wanna win,” the Nuggets point guard told me Friday, via text. “This is the first time I’ve ever had losing seasons in my life.”

Fast-forward to the drafting of Emmanuel Mudiay and the draft-night video. […] “To be honest, I never even saw the video,” coach Michael Malone said Friday. “Ty Lawson is part of our Denver Nugget family and until that changes, I can’t wait to get to work with Ty. I’ve reached out to him already. He got back to me and, again, people automatically assume when you draft a point guard that means that Ty Lawson has to go. Ty Lawson’s a very talented player. We envision the possibility of playing both him and Emmanuel at times, and they’ll be a very tough lineup to defend.”

OK. But we all know Lawson is at his best with the ball in his hands. Mudiay told me Friday, when asked if he needs the ball in his hands: “Yes, I see myself as a point guard.” […] “I know (Lawson’s) been here for a while — he’s on the team right now,” Mudiay’s “right now” catching our ears. “So all I can do is go learn as much as I can from him.”