Ty Lawson Not Guaranteed the Starting Job in Houston 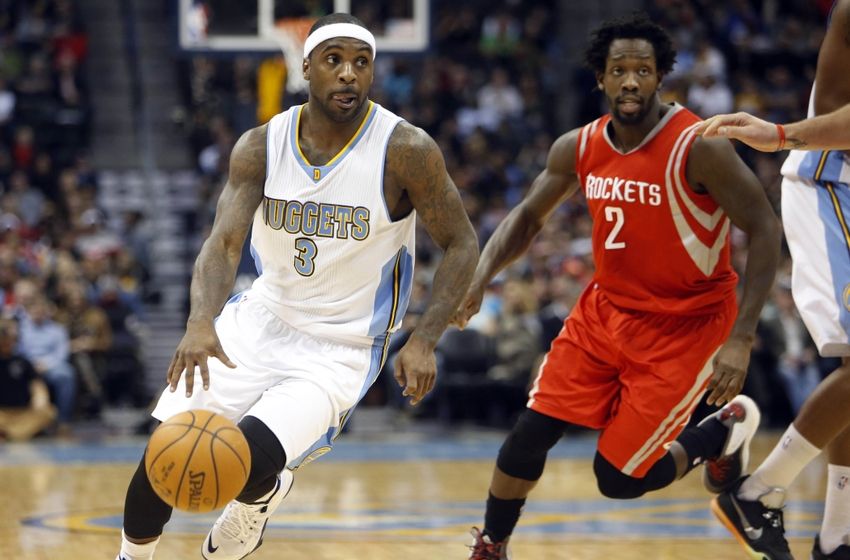 Incoming Rockets point guard Ty Lawson says he’s ready to take on the sky-high expectations in Houston, but first, he has to earn a spot in the starting lineup.

Head coach Kevin McHale says Lawson and Patrick Beverley will compete for the job during training camp later this month.

McHale is confident that Lawson can bounce back from his “very-average year” last season with the Denver Nuggets.

“They’ll determine that,” McHale said before a Rockets event on Tuesday to unveil three new alternate uniforms. “We’ll find out. Can we play them together? Maybe. We’ll put them out there. We had 28 days of camp. We’ll decide who will get the lion’s share of the minutes. One will and one will be a backup.”

“Ty last year had a very average year in Denver compared to what he had done before,” McHale said. “(Former Nuggets coach) George Karl runs a little bit more of an open offense like we run here, get up and down, attack. We want Ty to do what he does best, get in the paint, make plays for others, scoring.

“Since we had (Goran) Dragic, he’ll probably be our best guy at getting in the paint and then throwing out from the paint. He can make all the passes. And he’s got to get back to playing better defense. He’s got to be the head of the snake defensively. He can. I’ve seen him. […] If he just does what he does well, he’ll be a fit for us.”