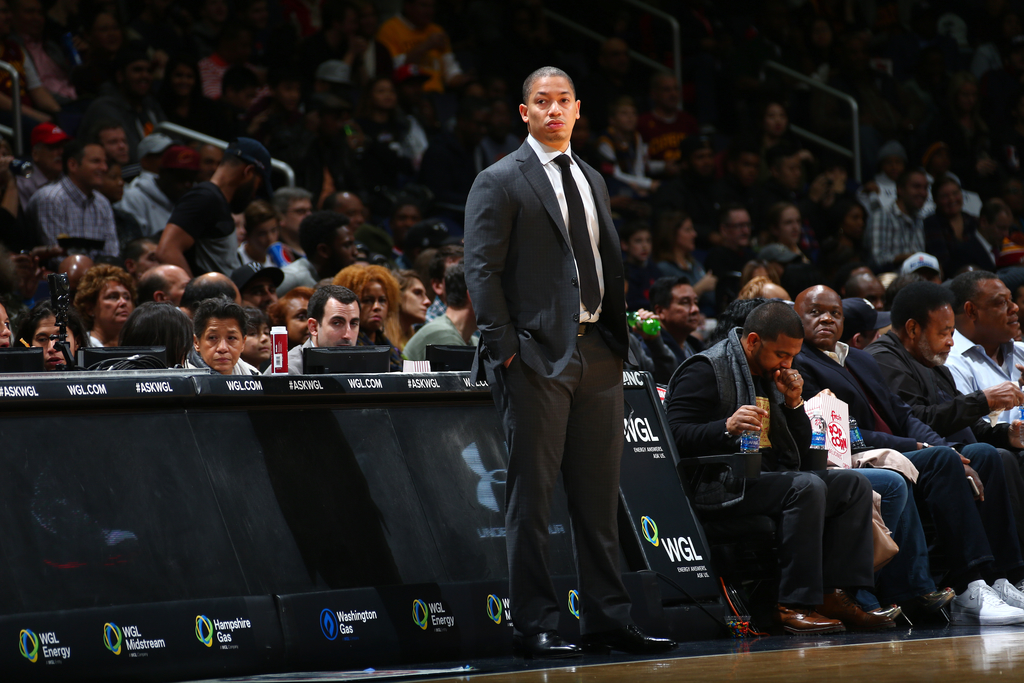 Tyronn Lue’s squad has dropped six of eight games, and LeBron James is apparently beefing with ownership over dollars and cents.

The Cleveland Cavaliers’ head coach admits that he’s annoyed by all of the “distractions.”

Tyronn Lue on Cavs' distractions: 'I hate it' @clevelanddotcom https://t.co/SCSWIrtvf4

The defending NBA champs simply need to focus on hoops, according to Lue.

Tyronn Lue said the controversy surrounding the Cavs was a distraction and “I hate it.”

“I gotta come and deal with you guys every time it happens,” Lue said after practice Thursday. […] “Just a lot of distractions,” Lue said. “We gotta focus on basketball, getting back to winning. We’re the third-best team in the NBA right now. We’re a great team, we’re the champs, so we just got to get back to playing championship basketball. That’s it.”

As Lue decried the distraction caused by the tiff between James and management, he bemoaned the use of unnamed “sources” in media reports. It wasn’t exactly clear as to which report he was referring, as all the comments from James and general manager David Griffin were on the record.