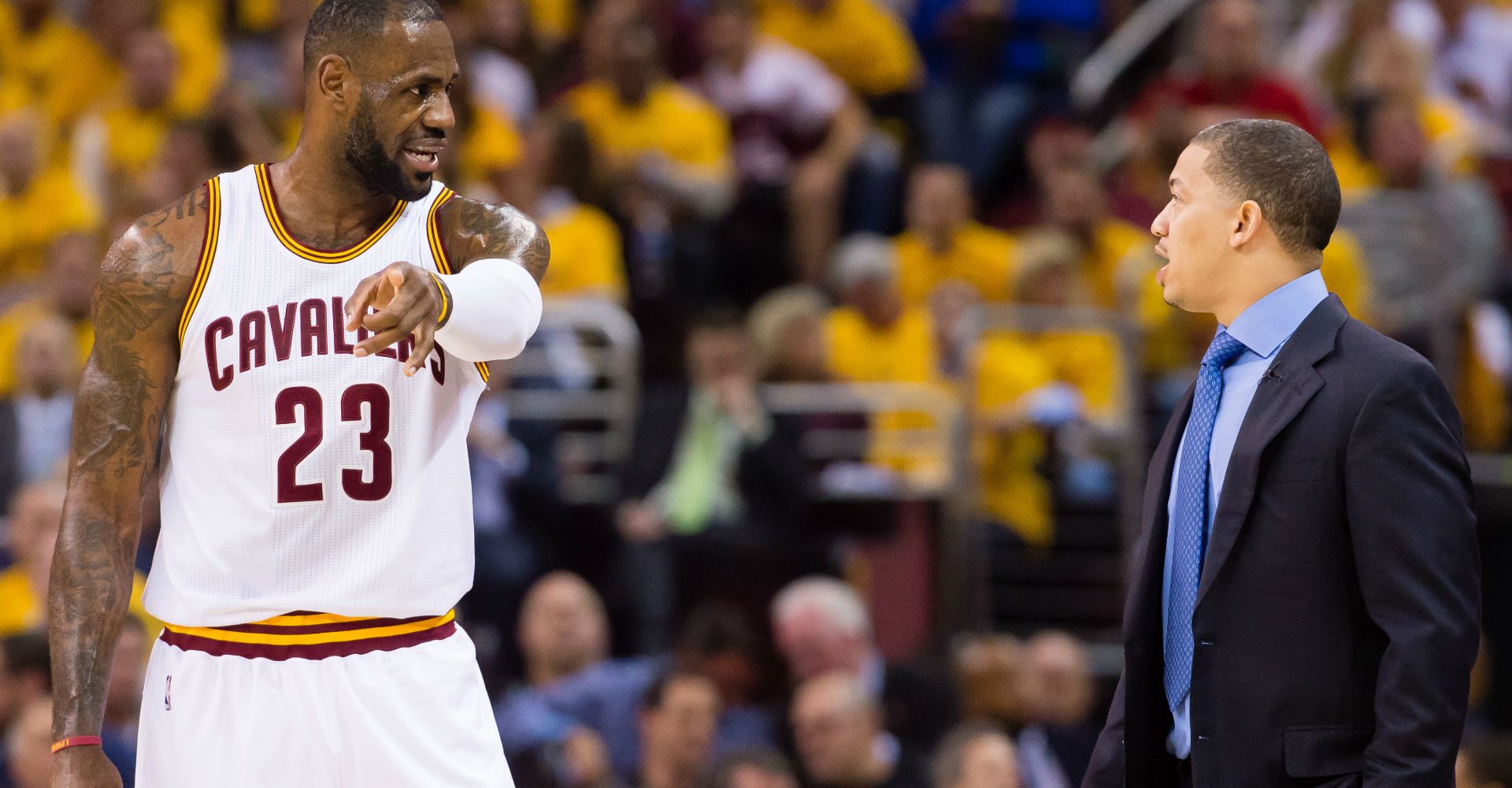 Lue isn’t shy about talking back to James—he reportedly once told his superstar forward to pipe down in a team huddle.

Lue is the first rookie coach to start 10-0 in the postseason.

Before Tyronn Lue was elevated to head coach, replacing Blatt, they were playing like a team that didn’t know its strengths — or, frankly, the rules of engagement at a championship level in today’s NBA. […] Blatt’s use of Kevin Love, refusing to get him the ball in the post and relegating him to a stand-still shooter when all else failed, bordered on ridiculous. By letting James overwhelm him in the huddle during timeouts, Blatt unwittingly ceded control — and demoralized the rest of the team. By not being comfortable enough to rein in James, the dynamic of the team became one of LeBron and then everybody else.

“They felt they were doing this for LeBron,” the person familiar with the internal workings of the team said, “instead of with LeBron.”

Lue changed that the moment he first told James in a huddle, “Shut the [expletive up]. I got this,” according to a person who heard the exchange — and a few others like it. If Lue was going to get the stars and the role players to buy into the strategic changes he was determined to implement — play faster, space the floor, move the ball, take full advantage of Love’s versatility — he was going to have to restore order first. […] He did it in every way possible, starting with James — calling him out in film sessions, barking at him in practice, seizing control back. Only then could the Cavaliers evolve into the juggernaut we are witnessing now.