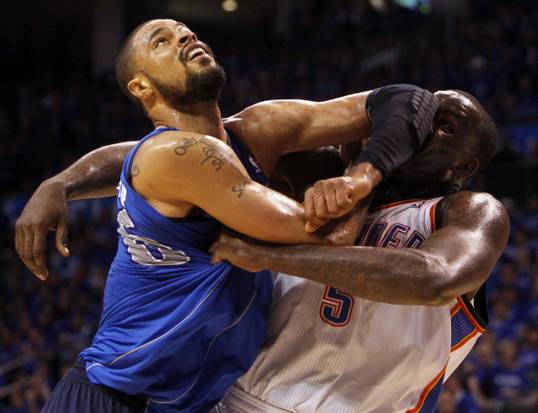 Dallas Mavericks center Tyson Chandler helped lead the Mavs to their first title in franchise history back in 2011.

Chandler, 31, has returned to Texas, and claims to be an even better player now than he was four seasons ago. Per the Dallas Morning News:

On what he’s been doing this summer: “I’ve just been training, man. I took about two weeks off at the end of last season and then got back at it. I didn’t like how things ended last year, so I wanted to make sure I was prepared for this season. Things ended up working out better because, you know, I ended up coming back home.”

On how his game compares to the 2011 version of himself: “I think I’m better in understanding the game mentally. Physically, I’m in an incredible place. I haven’t felt this good in a long time. Over the years you learn different things. The more you are able to play this game, the better you are mentally. I’m excited to bring that to the table here again. I love the makeup of the team. We’ve been here for the last couple of weeks getting after it, playing pick up [games] and ran the hills yesterday as a team. We’ve been training as a team. People don’t know, but this is pretty early to have every player here already. I just like the makeup of this team. I think we’ve got great young guys. It’s a nice mix up of veterans and young players.”