The Bruins get their 4th commit for the Class of 2017. 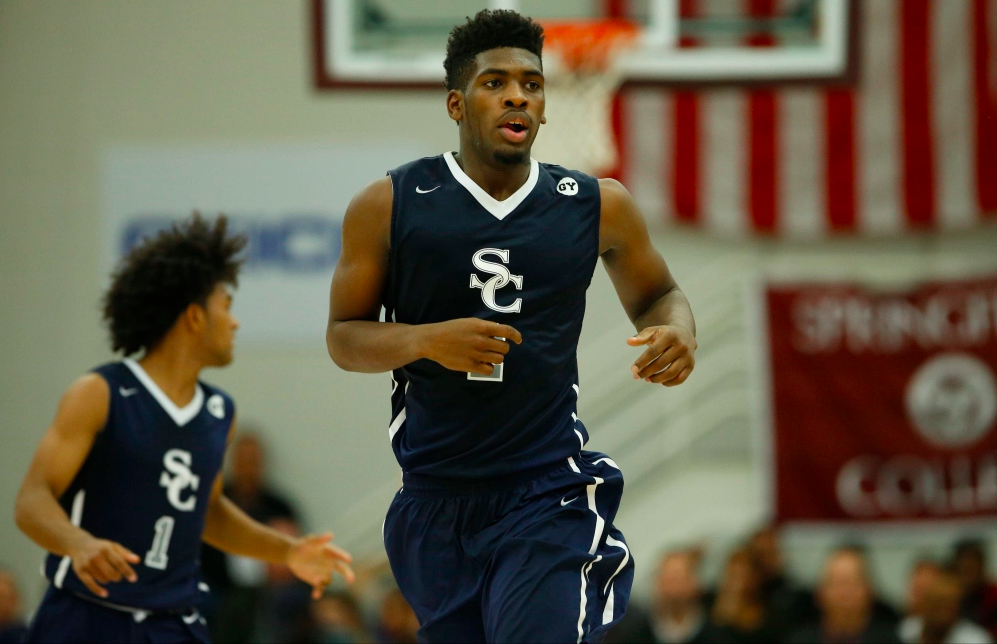 Head coach Steve Alford and the UCLA Bruins have been putting in some serious work with the recruiting class of 2017. And this past Friday, the commitment list continued to get stronger when top-50 senior prospect Cody Riley committed to the program. A 6-7 forward out of Sierra Canyon School in Chatsworth, California, he joins point guard Jaylen Hands (6-3 senior out of Foothills Christian in San Diego, CA), Jalen Hill (6-8 big out of Centennial High in Corona, CA), and LiAngelo Ball (younger brother of UCLA freshman star Lonzo Ball and currently a senior at Chino Hills High).

More info below from the LA Daily News:

No long introduction. No multiple hats. Just a short thanks before announcing he would take his talents to UCLA for basketball.

Riley, a two-time Daily News All-Area first team selection and third-team All-State pick by Cal-Hi Sports, has been a highly touted player since he was a freshman. Last season, he averaged 12.5 points and 7.9 rebounds for the Trailblazers, who lost in the CIF Southern Section Open Division final to eventual state champion Chino Hills.

He becomes the third player from this year’s team to commit to college, joining Remy Martin (Arizona State) and Adam Seiko (San Diego State), as Sierra Canyon will once again be one of the favorites to contend for the Southern Section and state Open Division championship.