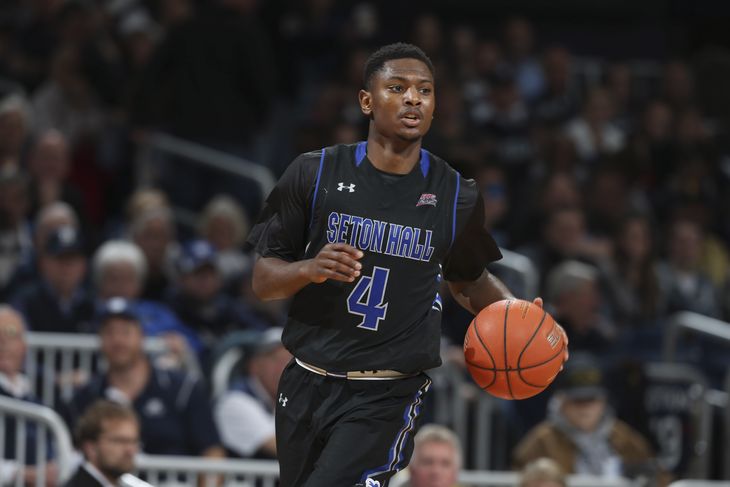 The top player on the transfer market is headed to Storrs. Sterling Gibbs, the former Seton Hall guard who announced his intention to transfer in April, tweeted that he is going to play for the UConn Huskies in 2015-16. The dynamic guard out of New Jersey averaged 16.3 points, 3.8 assists and 2.1 rebounds per game for the Pirates last year. He is expected bolster a backcourt which lost All-AAC guard Ryan Boatright to graduation, and he will be eligible to play immediately.

Ex-Seton Hall guard Sterling Gibbs, possibly the No. 1 transfer left on the market, has officially decided to take his talents to Connecticut.

This ends what was apparently a rather well-known dance over the course of the past few weeks. It was reported initially a couple of weeks ago by Andrew Slater of 247Sports.com, then again this afternoon by Evan Daniels of Scout.com. Gibbs refuted the reports both times, but then eventually confirmed the news in a tweet of his own this afternoon.

According to the Asbury Park Press, Gibbs and freshman Isaiah Whitehead got into a heated shouting match after a game at Georgetown. Plus, Gibbs’ former roommate and friend Jaren Sina decided to transfer midway through the season after saying the locker room “was not a good situation (for him) right now.” Gibbs’ and Sina’s departure has left the Pirates in a bit of a rough situation for next season, although Whitehead, Angel Delgado and Khadeen Carrington will hopefully stem the tide as they rise from freshmen to sophomores.