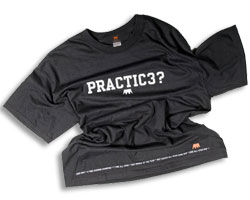 Yo that’s fresh! Oh that’s fly! Damn that’s hot! Where did you get those? Are some of the things you might hear when rocking some of Undrcrwns latest. While most of hip hop has switched over to stealing styles of pro skaters and 1980’s rock stars, Undrcrwn is keeping it funky and once again connecting hip hop and basketball. Bridging the 2 cultures that go hand in hand using the highway of fashion.

It totally makes sense if you haven’t heard of Undrcrwn before now, its probably because Undrcrwn stays away from the mainstream. Trying to maintain its self respect unlike other small clothing companies that get exposure. They started in high end fashion boutiques across the world and remain there. Exposed to only the people who sort out the most exclusive gear like the guys you’ve seen in documentaries such as Just for Kicks. There is whole other world to this fashion thing regular people don’t know about, and Undrcrwn has invaded and will soon rule that world…at least in my opinion.

I can’t get enough of their clothes; from the way it’s packaged to the clothing itself. For starters it’s Sternbot proof, “designed specifically to abide by your dress code”as stated in several items. The shoes comes in a wooden box wrapped in velvet, how gangsta is that? The shoe itself is very fly but more so an enormously comfortable sneaker. I own a pair and have yet to see anybody with them on but guys always stop me and they ask “where did you get those from?” I usually just smile and give a bogus answer because I like to be an a$$hole. But you can cop ’em at Undrcrwn.com and several boutiques worldwide along with their abundance of t-shirts and spring jackets that showcase important dates, quotes, and events that happened in Basketball/Hip Hop history

A couple of my favorite shirts: “Practice” from the unforgettable Iverson press conference, or “East vs. West” with Biggie and Pac, making light of the East Coast-West Coast beef, the two greatest rappers ever. (Biggie is first of course.) Oh and the T-shirts come in a cereal box which only makes it more unique. I deem Undrcrwn the hottest clothing line of ’07.