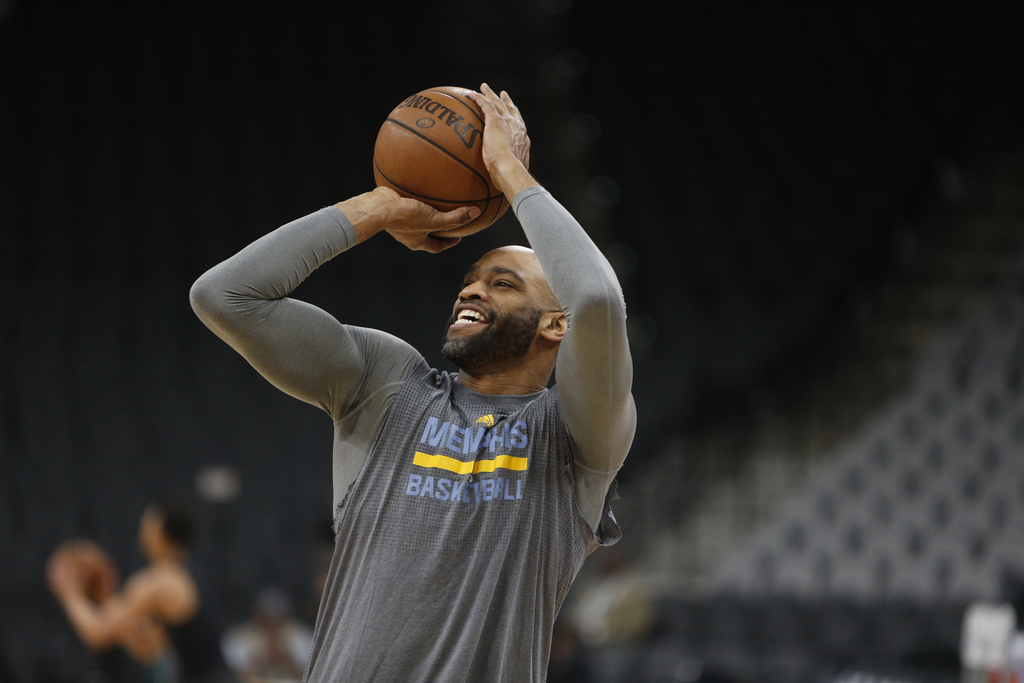 The 40-year-old was lifting weights immediately after the Memphis Grizzlies were eliminated from the postseason Thursday night.

Speaking of Vince Carter, season just ended but he's in weightroom working out next door to press conference room. Music thumping thru door.

The Grizz went home for the summer following a 103-96 Game 6 loss to the San Antonio Spurs.

“I’m thrilled we were able to win because if we played 10 times I think we’d each win five,” said Spurs coach Gregg Popovich. “I’m seriously thrilled to make it through the first round.”

So the Grizzlies took on the Spurs with two rookies (Andrew Harrison and Wayne Selden) playing significant minutes, and with 40-year-old Vince Carter starting at the wing.

The Spurs have now bounced the Grizzlies from the playoffs four times. They are the better, deeper, more talented team.

Related
Vince Carter ‘Shooting’ to Play 20 Seasons in the NBA