Warriors Rookie on Guarding LeBron: ‘I Played The Best Defense of My Life. It Didn’t Matter’ 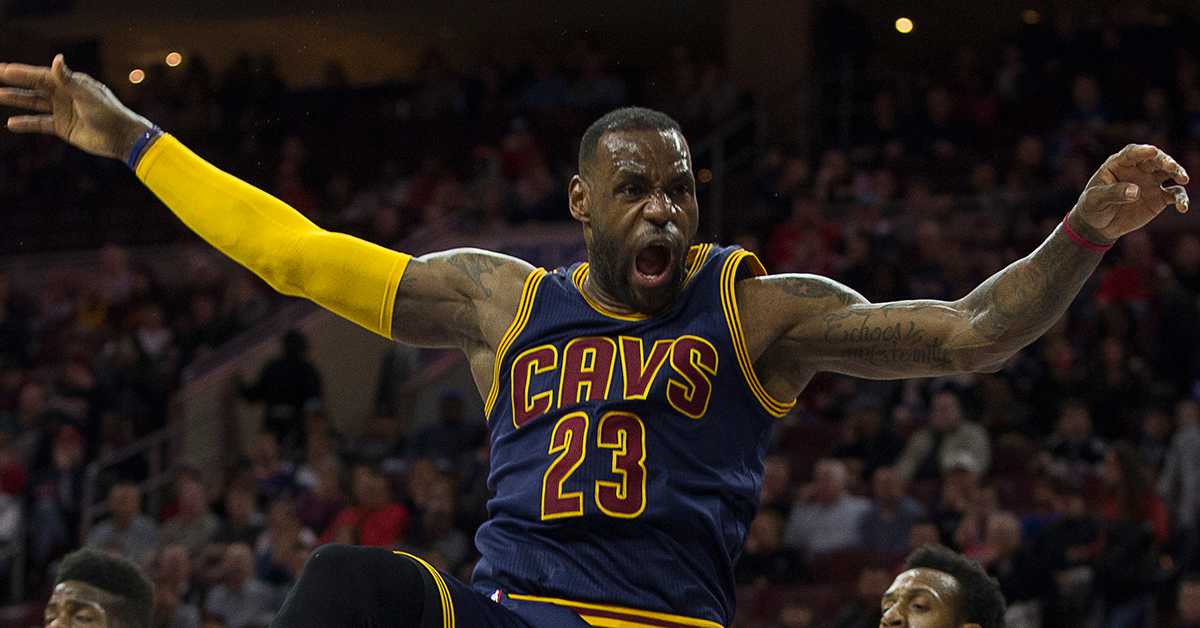 Warriors rookie Jordan Bell had his “Welcome to the NBA” moment last month while guarding LeBron James in a pickup run at UCLA.

LeBron, who may or may not have been aware of being (playfully) dissed by Bell on Draft night, went off against the 22-year-old forward.

Mind you, Bell is no pushover on defense. On NBA.com’s annual rookie survey, Bell received 23.7 percent of the vote for Best Defender in his class.

“It’s different than what you see on TV. It’s waaaay different.” […]

“But there he goes. I’m not going to say he got by me, but I didn’t realize he was so quick. For him to be standing straight up, there’s no way he should be able to move that fast. I’d understand that quickness if he got lower, but I’ve never seen anybody so quick while standing straight up.” […]

“I thought I did a pretty good job on him, but he obviously hit some shots,” Bell said. “But he would get on the block, and I’m containing him, not letting him back me down, and he would fade away from the block to the 3-point line — and make it. And I just played the best defense of my life. It didn’t matter.”