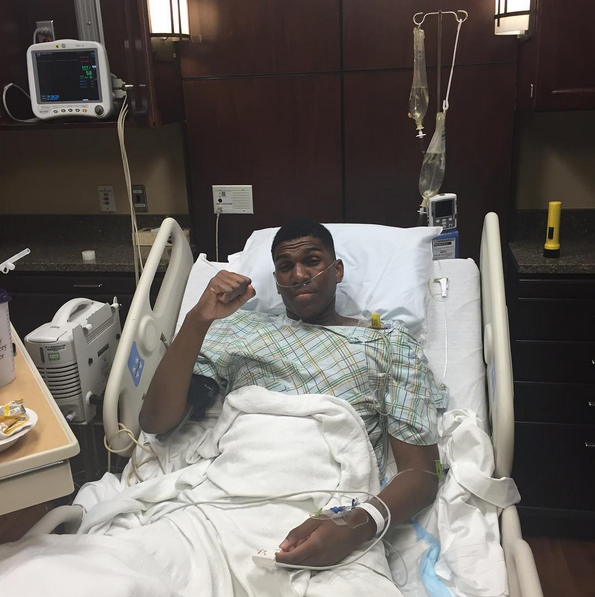 In six games with the Warriors 2015 NBA Summer League team in Las Vegas this July, the big fella averaged 9.3 points and 7.2 rebounds.

Looney will begin rehabilitation from the surgery immediately and is expected to be out a minimum of four-to-six months before returning to basketball activity.

“Kevon has his entire NBA career ahead of him and we felt that, in consultation with our medical staff, Kevon and his representatives, it was best to address the issue now,” said Warriors General Manager Bob Myers. “He will have our complete support throughout the rehabilitation process and we are confident he will make a full recovery.”