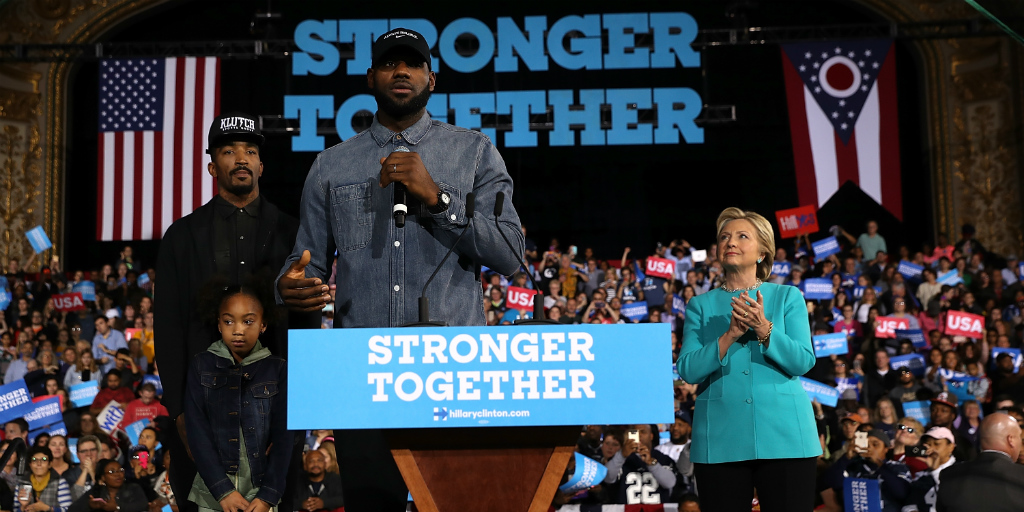 In October, LeBron James publicly endorsed Hillary Clinton in an op-ed, writing that the “choice is clear” in regards to who should be the next President of the United States. With Election Day coming up this Tuesday, LeBron once again showed his support for Clinton by joining her on stage at a Cleveland rally and urging those in attendance to get out and vote.

Also on stage with LeBron and Clinton was JR Smith, who has also publicly supported Clinton via his social media accounts.

LeBron James campaigns for Hillary Clinton: Our vote matters, “it really, really does.” We have to get out and vote https://t.co/JVtekml65L

LeBron’s appearance at today’s rally cements his status as one of, if not the, biggest and most influential athletes in the world.

LeBron James to ‘Listen’ if NBA Bars Fans Over Coronavirus