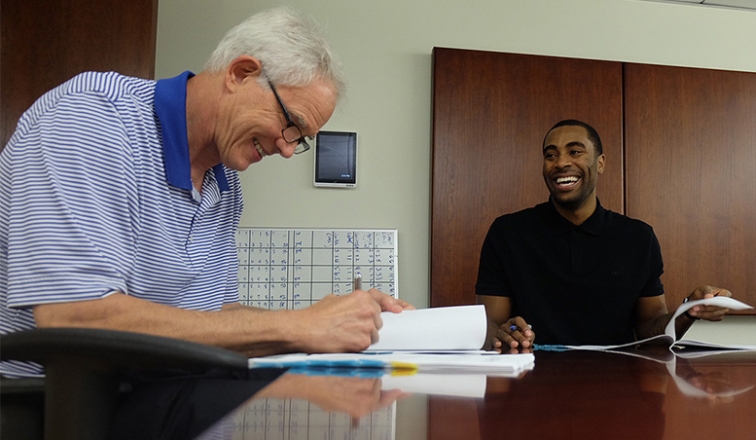 Ellington has been dealt twice this offseason — from the Dallas Mavericks to the New York Knicks, then by the Knicks to the Sacramento Kings. From the press release:

The five-year NBA veteran holds career averages of 6.4 points, 1.8 rebounds and 1.0 assists over 312 games (35 starts) with the Minnesota Timberwolves, Memphis Grizzlies, Cleveland Cavaliers, and most recently, the Dallas Mavericks. Last season in Dallas, Ellington shot career-bests from the field (.437) and three-point range (.424), appearing in the postseason for the first time in his career.

The 26-year-old Ellington played three seasons at the University of North Carolina (2006-09), leading the Tar Heels to the NCAA Men’s Basketball National Championship in 2009 while being named Final Four Most Outstanding Player.