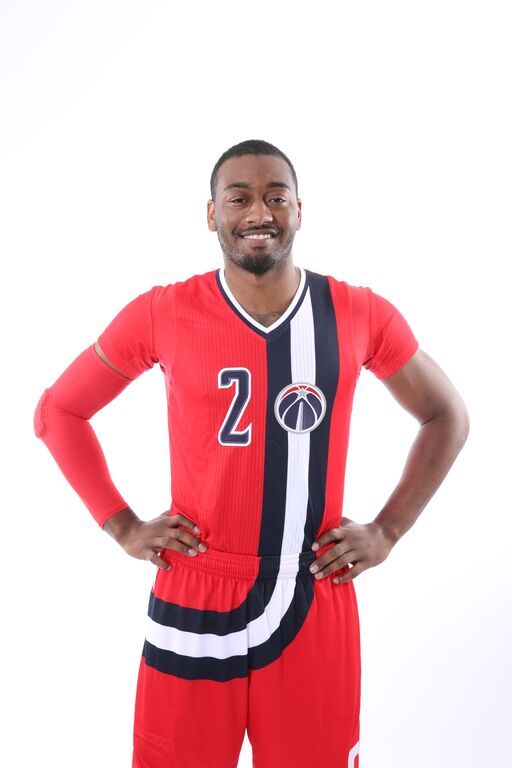 As if our Kicks 18 cover star John Wall didn’t have enough swag already. The Wizards just revealed new Baltimore Pride uniforms, which pay homage to the old school Baltimore Bullets. They plan to rock these alternates for six select games this upcoming season. Take a look:

The Washington Wizards will celebrate their special relationship with the city of Baltimore by wearing Baltimore Pride uniforms for six select games during the season. The uniform pays homage to the uniform worn by the Baltimore Bullets from 1969-73, updating the color scheme to the Wizards’ current red, white and blue.

The Wizards will also honor the organization’s proud past with the addition of a display featuring all of the uniforms in franchise history. A narrative highlighting historical facts and pictures will also be included. Fans will have their first chance to see the new display at the Wizards’ preseason game on Oct. 6 against the Philadelphia 76ers. The display will be located on the concourse outside of section 112.

The Wizards franchise called Charm City home beginning in 1963, playing as the Bullets at the Baltimore Civic Center and featuring future Hall of Famers Walt Bellamy and Gus Johnson. Fellow Hall of Famers Earl Monroe (1967-71), Wes Unseld (1968-73) and Elvin Hayes (1972-73) also were part of the Baltimore franchise before the team relocated to Landover, Md., prior to the 1973-74 season.