The comedian and former Daily Show correspondent talks Nets and Knicks, plus remembers his time at UNC with Antawn Jamison and Vince Carter. 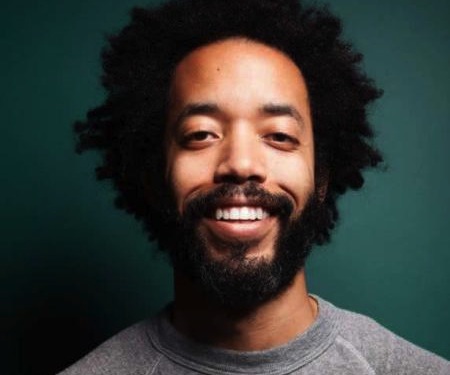 While many will probably classify Wyatt Cenac as a political comedian due to his stint on The Daily Show with Jon Stewart, he’is far from it. Sure, he will touch on issues like gentrification but his standup is more personal and reflective, and guess what—he’s a huge basketball fan.

His latest comedy special Wyatt Cenac: Brooklyn, was filmed in front of an intimate audience at Brooklyn’s Union Hall, and with the special garnering rave reviews on Netflix, Cenac set out on a supporting tour. Recently he took a break to chat with SLAM about the Knicks, Nets, LeBron, Vince Carter and more.

SLAM: The special has been out on Netflix for about a month now, how has the experience been?

Wyatt Cenac: It has been a cool experience and I’ve gotten a good response so far. There is a fear associated with putting something out to that large of a mass audience though. I filmed it in front of an awesome audience, the reactions were more immediate there. They knew they were there for a special so they didn’t want to let me down. While you know with Netflix, there is some anonymity with the viewers so they could be extra critical. It makes it more nerve-racking but thankfully it has worked out well.

SLAM: You’re on a tour promoting the special now, what’s the reception been like on the road?

WC: Great. I’m doing all new material, different from the special. I shot the special in January, so I have been able to work on some of the material that didn’t get in. This way I can promote the special and not do the same material in it. Gets people more excited to watch it. Performing and working out new material allows me to be more open to new ideas. The challenge now with these new ideas is figuring out how to put everything together.

SLAM: You live in Brooklyn and you reference the gentrification of Brooklyn by pointing to the Barclays Center in your special. Have you been to a game there?

WC: I’ve been a few times. I was actually there recently for the Nets-Magic game, which was an excitingly mediocre game between two teams that are racing for the middle of the pack. When I left The Daily Show, I got box seats as a going away gift which was really nice. It is pretty swanky up there. Barclays is nice, though. It’s quite convenient, with all of the subways right there. I usually walk to games. If you’re driving it’s probably a different story but it is pretty great. I wish they build it out on Coney Island though.

WC: It would’ve been great on so many levels. That is a depressed area so the arena would’ve brought business and revitalization to that neighborhood. Also, just imagine that aerial shot during those national ESPN or TNT games. You would see the ferris wheel and the boardwalk. Would’ve been really dope to see.

SLAM: You grew up near Dallas but since you’ve lived in New York for quite some time, have you adopted the Knicks or the Nets as your team?

WC: Although I grew up in Dallas, I’ve never really been a fan of the Mavericks. I was happy when they won a couple years ago but growing up during Jordan’s dominance, I had to be a fan of the Bulls. I am also a Knicks fans which I can probably say started in those Playoff battles with the Bulls. That was such a great rivalry with Starks and Ewing taking on Jordan and Pippen. I still like the Knicks, but I’m not a fan of Melo.

WC: He just doesn’t make the team better. He is a great scorer but sometimes I feel like he is just a black hole. The Knicks haven’t had any real Playoff success with him. I also feel like the Knicks had something going on with that Wilson Chandler, Danilo Gallinari team. New York has a blue collar, workman like feel to it and that team felt like that. I thought that when they first signed Amar’e, the Knicks were going to back to that traditional big man dominant team. Back to the era of Willis Reed and Ewing, you know? Now with Melo that has changed. I was hoping that with all of the drama surrounding the Pacers this off season that Roy Hibbert would be in play and the Knicks could somehow have gotten him. That would be great, build around Hibbert. Just like Ewing you know, he played at Georgetown. Would be a solid center for the triangle.

SLAM: Speaking of Knicks’ centers, I heard that you were sitting courtside at the Knicks game where Tyson Chandler broke his leg. Like he broke his leg right in front of you.

WC: It was pretty intense to see for a Knicks-Bobcats game. I somehow got courtside seats, I think I did something for the MSG Network. Tim Robinson from SNL came with me and we were right there when Tyson went down. He is writhing in pain but we don’t really know what’s going on. We were kind of scared, it is freaky to see someone in pain right in front of you. The crazy thing is that the guy sitting next to us, took out his cell phone and started filming the whole thing. Then the next day on the back of the newspaper, there is a picture of Tyson on the ground and you can see us in the back of the picture. You could even see the guy with his cellphone out. I was so thankful to not be that guy. The picture showed that I had a genuine human reaction while that guy just wanted to make a viral video.

SLAM: You attended UNC when they had some great teams. Do you have any crazy player stories from your time there?

WC: I was there for two years of Rasheed Wallace and Jerry Stackhouse. Was also there for two years of Vince Carter and Antwan Jamison. I was in a couple of classes with Vince and Antwan, which now we all know were the easy classes. I actually showed up less than they did and the amazing this is that we all passed! I remember once, the brother of Ademola Okulaja (UNC ’95-99) lived in my dorm, so he said I could go with him to the Smith Center to shoot around. I was so excited because I thought I would get to play with Vince, Antwan and the rest of the team. But when we got there, they were like, Okay, you guys go shoot on that hoop over there while we play over here. So we just shot around and watched. I am pretty sure that they were playing 4-on-4 so we could have played fives with them. They just didn’t want to play with scrubs, I guess.

SLAM: What is one story this season that has you really intrigued?

WC: The LeBron-to-Cleveland storyline is very interesting. When that happened, I tweeted something out about how if he even wins one title in Cleveland, he is going to get a statue. But even if he won a whole bunch in Miami, there was no way that was going to happen.

If LeBron wins only one title in Cleveland, they'll build him a statue.
He could win ten in Miami, best he'd get is tickets to see Pitbull.

Even if LeBron doesn’t win a championship, I feel like the Cavs will build a statue of him. The storyline is just too strong for that not to happen. Remember when Kareem was displeased about how he couldn’t get a statue? Kareem won all of those rings but wanted a statute. That is why I feel like the statue is the new championship ring, you know? Like that is the mark of a true champion. You can lose your ring in the sink but a statue that is here to stay. It is bigger in size and in actual importance than a championship ring.

Comedian Ron Artest: ‘I Get Most of My Jokes in the Bathroom’