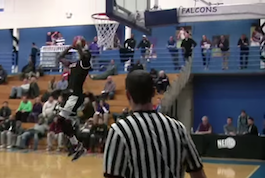 The unofficial jump off to high school basketball in the northeast is the National Prep Showcase. Bringing talent in from all over the country, the event offers the type of competitive environment that you love to see early in the year. Flooded with many post-graduates, the NPS has a blend of young talent looking to play against elite competition and guys play an extra year of high school to earn that elusive D-1 ‘ship or improve their looks. Guys such as Nerlens Noel, Andre Drummond, Michael Carter-Williams, Mitch McGary, and TJ Warren all put on a show at the NPS before taking their talents to the league. The hospitality is great, too. While the legendary media room was no longer in existence this year, accurate rosters and box scores were provided after each game and all of the players were available to the media outside of the locker rooms following each contest. As a whole, there wasn’t much more you could ask for out of an early season event.

Here are a few of the top underclassmen who caught our eye at the 2014 National Prep Showcase:

A straight pogo stick, Hamidou Diallo got the crowd hyped when he went all up on a nameless defender’s back for a tip- dunk on opening night and kept his strong play up from there. The NYC‎ product was a beast on the glass for a guard, showed a nice pull-up, and was a threat to dunk on you anytime that he was near the rack. The sophomore is going to have to continue to develop his handle and sure up his J, but he already has offers to represent Queens at the high major level.

With no shortage of swag, Travis Atson shut the gym down with his ridiculous dunk on a 7-footer who we won’t name (see video above). The Brooklyn native can shoot it from deep, is deceptively creative off of the dribble, and is downright fearless attacking the rim. The competitive nature that he brings to the table makes him a guy you’d like to have on any team, which is why Depaul, Duquesne, and Towson offered him scholarships immediately after his game on Sunday.

In his only game at NPS, Ashton-Langford definitely balled out. With blazing speed and sneaky bounce, he surprised many with how easily he was able to get into the paint and convert.‎ Combine that with the ability to hit open J’s and some legit court vision, you see why schools such as Providence and Boston College have already put scholarships on the table.

Most of the other guys on this list put up bigger numbers, but A.J. Brodeur did a lot of the things that don’t show up on the stat sheet to pace Northfield Mount Hermon to a 2-0 showing on the weekend. He impacted the game with his super intense play, was all over the floor for loose balls, and showed off his skill level with the work that he did out of the high post. High IQ guys with his combination of motor and skill don’t come around too often, which is why virtually the whole Ivy League, George Washington, UMASS, and Davidson offered him before his junior campaign.

While he isn’t incredibly blessed in the height department, Waters has some serious game to make up for it. Owning an incredibly high IQ, he made pinpoint passes, made great decisions with the rock in his hands, and finished in the paint amongst the trees. His ability to shoot the ball from NBA range also sets him apart, making him one of the very best point guards nationally in the 2017 class.

A guy who we first caught on the EYBL circuit with CIA Bounce, Ekiyor has now made himself a full time fixture in the US prep scene. Coming off the bench at New Hampton, he primarily made his impact on the game on D. The super long power forward rotates well, provides a formidable shot blocking presence, and rebounds his area well. The U, Vanderbilt, and Virginia Tech have offered, but expect more to join as his offensive game continues to develop.

Looking like a straight up grown man out there, Jovan Grujic set the hardest screens of anyone in New Haven. Not just a brute on the hardwood, he showed his skill level via a flurry of post moves on the block and ability to shoot the ball all the way out to the high school three point line. Grujic has plenty of experience, having come up with Partizan (Serbia’s top team) and while he already earned an offer from Fordham based off of his play, expect big time programs to enter the picture very soon.

An absolute monster on the court, Tyrique Jones showed why he is arguably the best rebounder in the junior class. He controlled the paint, rebounded outside of his area, and sent two shots that he blocked all the way to the wall. Tyrique is still very much a work in progress on the offensive end, but his size and defensive prowess should make him one of the 50 best juniors in the country. 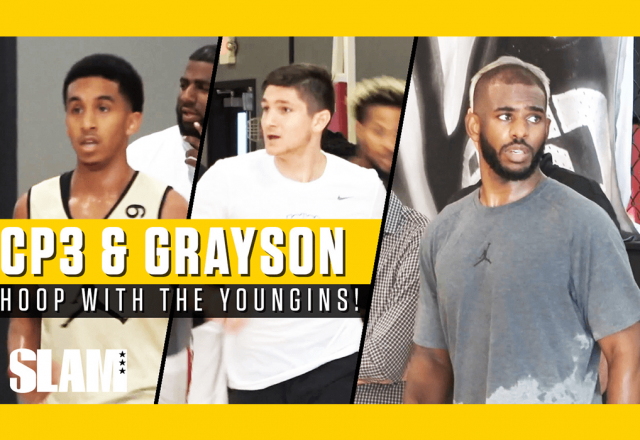