Breaking down the underclassmen who showed out at this past weekend's showcase in Atlanta.

As the holiday season rolls around, it is almost too tough from a scouting perspective to decide which tournament to go to each weekend. The country is saturated with all-day tournaments showcasing teams from all over the country, so what may be the best option for one isn’t necessarily the best for the next guy. For Thanksgiving weekend 2016, this was not a problem though. Holiday Hoopsgiving in ATL was where it was at.

Run by Chris Williams, the Nike sponsored ‎event brought not only the best from the Peach State, but of the entire country. It two of USA Today’s top eight teams in the Super 25 and had virtually every powerhouse in ATL. Who’s Got Soul Cafe hooked up media and college coaches with the chicken, macacroni, and southern BBQ that is a staple of the south. Once you throw in the hype atmosphere becausee of the standing room only crowd each night and the fact that a portion of the proceeds go to the Atlanta Children’s Hospital, it’s easy to see why Holiday Hoopsgiving has quickly risen to the top of turkey day tourneys.

Here are a few of the top seniors who caught our eye over the weekend: 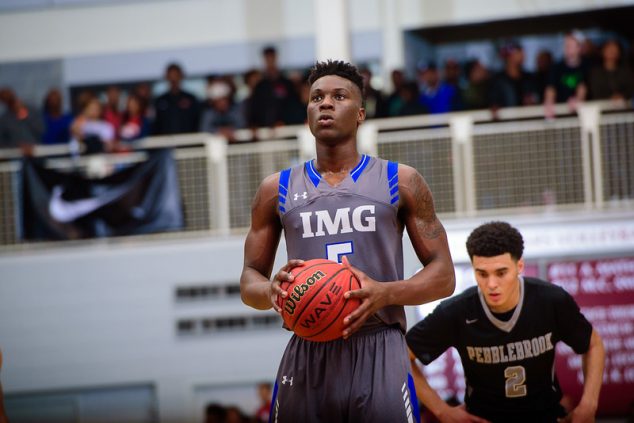 An absolute man amongst boys, Emmitt Williams held down the paint in the most hyped game of the event. The vocal big man had over a half dozen dunks and blocked shots, making sure to let everyone know about it in the process. His warrior type mentality got the squad jumping and his ability to call out screens on D helped his guards from getting blasted. Even though Emmitt isn’t going to hit you with an array of moves on the offensive end, the impact that he has on the game with his tenacity and hustle has made him one of the 15 best players in the junior class.

In a simply dominant performance against Auburn bound high flyer Davion Mitchell, Ashton Hagans left no doubt in the A why he is one of the best in 2019. Finishing with 32 points, 7 boards, 5 dimes, and 0 turnovers in Newton’s blowout dub over Liberty, he had the standing room only crowd buzzing. The Georgia Stars PG controlled the tempo of the game, used his size to finish in the paint, and was consistently knocking down jumpers from the outside. Consider the fact that he helped put the clamps on Mitchell and it’s easy to see why he is one of the more sought after sophomores in the south. 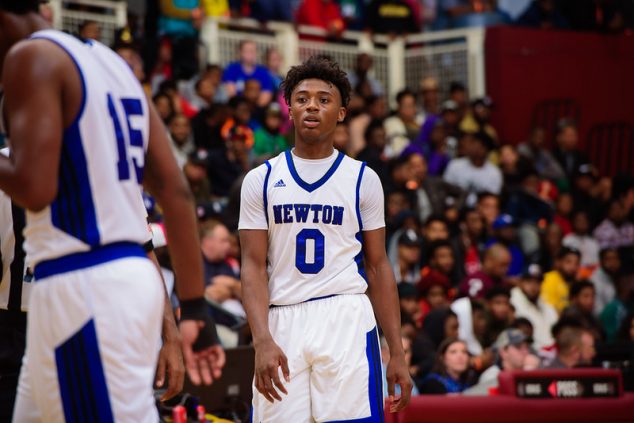 One of the more physically put together point guards in the junior class, Elijah Weaver straight up dominated the first day of Hoopsgiving. The lefty showed nice pace coming off of ball screens, made some sick pocket passes, and used his length to create countless deflections on D. The 37 points, 6 rebounds, and 5 assists that he dropped showed why Rick Pitino just put a scholarship on the table for him. 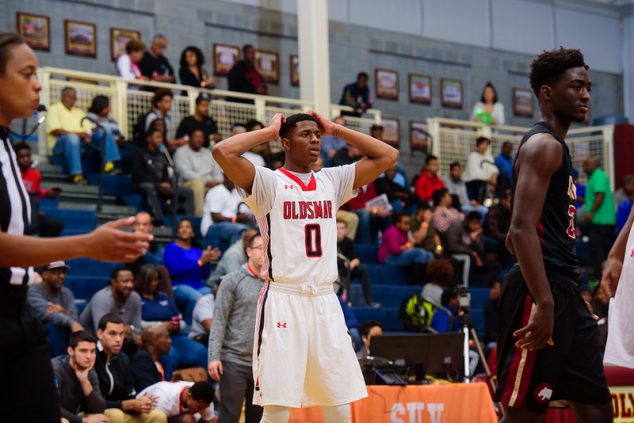 Playing all over the floor for Charlotte Christian, we got to see Donovan Gregory everywhere from the two through the five in ATL. The natural wing changed the game on both ends with his athleticism, had extremely active hands, and banged everything in the paint. Toss in a developing J and you see why he is one of the emerging prospects in North Carolina’s sophomore class.

Playing on a team loaded with high major forwards, Dalvin White was the catalyst who got in the lane to create scoring opportunities for them. He was fearless getting to the paint, was arguably the quickest dude at the event, and had no shortage of heart finishing amongst the trees. Right now, he’s getting a lot of love at the mid-major level, but could certainly go higher if he grows.

Mario McKinney, 6-1, PG, Vashon (MO), 2019
A player that we were not hip to coming into the event, Mario McKinney was essential in Vashon’s upset over top ten national power Wheeler. The athletic lead guard was fearless going to the rack, had his head on a swivel, and put the clamps on people defensively. Vashon coach Tony Irons has built an amazing program built on toughness and D with Mario McKinney being a product that should develop into a serious prospect.

Big thanks to Ty Freeman for the photos