The star-studded showcase is slated for April 15 at Brooklyn's Barclays Center. 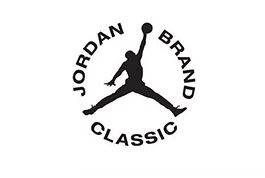 With winter already close to reaching its midway point, the 2016 Jordan Brand Classic, gearing up for its 15th annual showcase, is now about two and a half months away. So it’s only right that today tickets for the April 15 all-star games went on sale to the public. The prestigious post-season all-star game, which annually converges 22 of the top high school seniors in America, will be held at Barclays Center in Brooklyn for a fourth consecutive year. In addition to the main boy’s national game, the day also features a regional game, international game and girl’s game.

Below is more info from our friends at JBC:

Now in its 15th year, the Jordan Brand Classic, presented by American Family Insurance, will return to Barclays Center in Brooklyn, New York on Friday, April 15, 2016. Sixteen All-American athletes have been selected to follow in the footsteps of some of the greatest in the game, including Carmelo Anthony, Chris Paul and Blake Griffin. The remaining roster will be announced later in the season.

“The Jordan Brand Classic continues to be a competitive platform that recognizes the best high school basketball players from around the world,” said Larry Miller Jordan Brand President. “We are proud of the athletes that have made the game what it is today and look forward to the bright futures of the young men and women in this year’s class.”

In partnership with American Family Insurance, Jordan Brand is honoring seniors participating in the Jordan Brand Classic with a high school “Senior Night” Tour. A permanent banner in each school’s gymnasium will be suspended in celebration of the player’s dedication and contributions to his school and community.

“We are thrilled to partner with Jordan Brand to acknowledge and honor these tremendous student athletes, and their friends, families and local communities that have inspired and supported them during the pursuit of their dreams,” said American Family Insurance Vice President of Marketing Telisa Yancy. “Senior Night is a very special event for high school communities across the country and we are looking forward to touring the nation with the Jordan Brand for this momentous occasion.”

The 2016 Jordan Brand Classic All-American Boys roster is listed below. Players not yet named to the team will have the opportunity to showcase their skills and earn a spot in the remaining weeks of the 2015-16 season. The roster will be completed in early March. The Jordan Brand Classic will once again include three additional games specific to Female, International and New York City athletes. These rosters will be announced in February.

Following the quadruple-header event will be a special performance. Previous performers include Drake (2013), Macklemore & Ryan Lewis (2014) and Nicki Minaj (2015). This year’s artist will be announced at a later date.

Tickets for the Jordan Brand Classic are available now at all Ticketmaster locations, the Barclays Center box office, online at ticketmaster.com, or by calling 1-800-745- 3000. 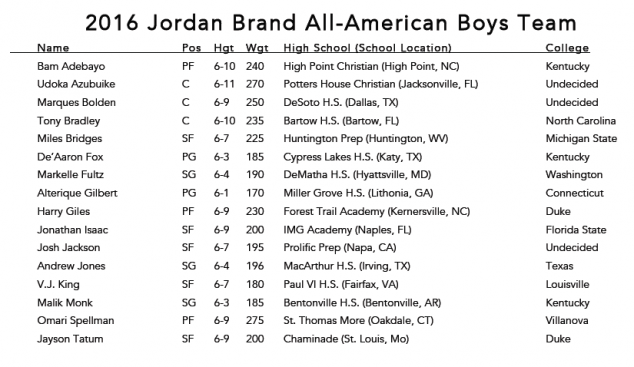