As far as youth basketball is concerned, MiddleSchoolHoops is the authority. Having covered the likes of DeAndre Ayton, Michael Porter Jr., Harry Giles, Marvin Bagley, and Trevon Duval far before they reached stardom, MSHTV are those guys for that level. Naturally, when they hold a camp, it’s simply fire. Welcome to the 2016 MiddleSchoolHoopsTV Camp.

Held in Indianapolis at the same spot that Nike held the EYBL at, the MSHTV Camp brought talent from coast to coast. With campers coming from over 30 different states and three countries, competition was insane. Not only were there a lot of campers, but there were some immensely talented ones. The camp boasted the top players from the classes of 2020, 2021, 2022, and 2023 respectively. While it is a bit premature to make long term conclusions or don anyone “the next”, it is always good to get familiar with the names that you’re bound to be hearing about in the near future.

Here are a few of the ballers who caught our eye at the 2016 MSHTV Camp: 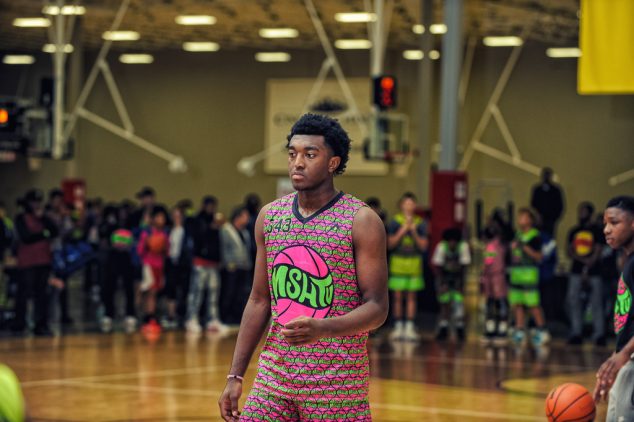 The best player in the class of 2020 not only lived up to his reputation, but also shut down the internet with his ridiculous dunk on night one at the camp. Over four million views on Instagram and nearly three million on YouTube explain the type of pandemonium that the 6-foot-5 man-child set off in Indy. He displayed his above average handle for a wing, made some ridiculous passes, and showed much improved consistency on his J from the last time that I saw him in Houston. His blend of size, strength, and unique perimeter skill are unparalleled in the freshman class. Toss in the fact that his pops is nearly 6’9 and he already has an offer from Arizona, it’s easy to see why there aren’t any better in the class of 2020. 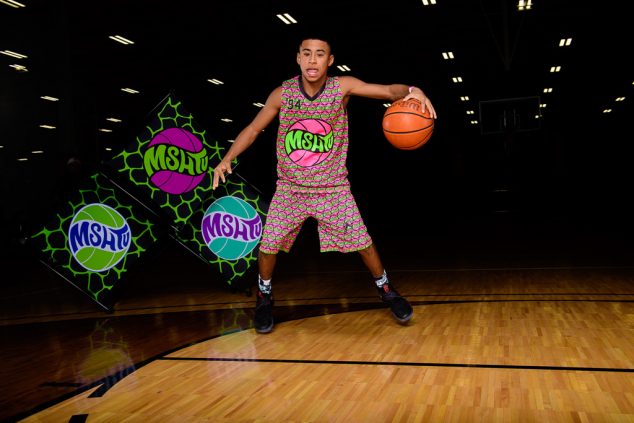 With well over 20 million hits on YouTube, Julian Newman is undoubtedly the most well known prospect in the class of 2020. Having been a starter on the varsity level since fifth grade, Newman scored his 1,000th point as a seventh grader and hasn’t looked back. In what was the most hyped matchup of the camp, Newman dropped 52 points against Kyree Walker (Kyree had 40 himself) and straight up set the building on fire. 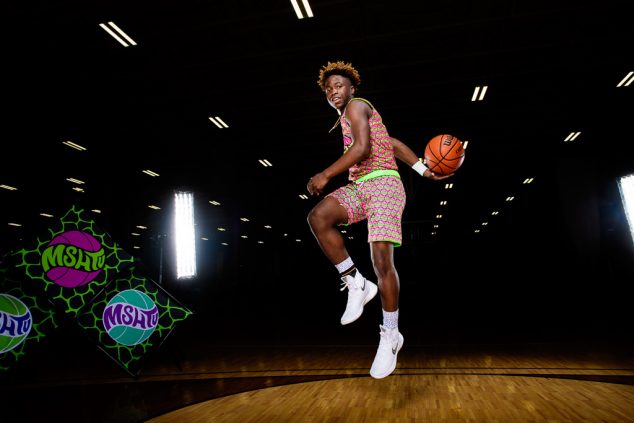 After setting the EYBL on fire late this spring by dropping 19 points in his first 17U game as a seventh grader, Zion Harmon firmly cemented himself as the top player in the class of 2021 and showed that at the MSHTV Camp. The 5-foot-8 lead guard drilled a number of threes from beyond NBA range, ‎got to the rack at will, and showed off the flare that has already made him a fan favorite. Having already played a year of varsity ball this past season, Harmon will be playing up yet again this year at Bowling Green, where he should add to a list of offers that includes Jacksonville State and New Mexico State. 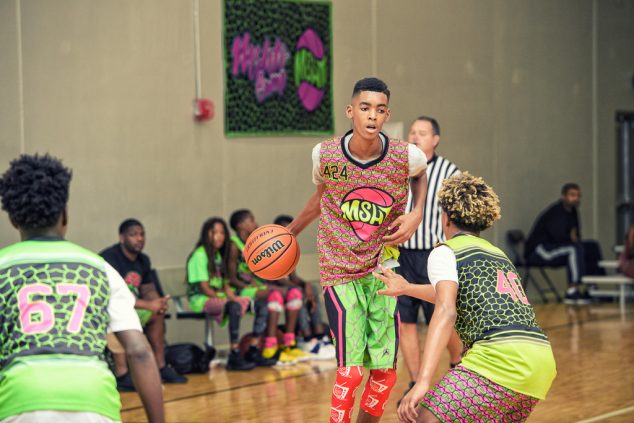 As crazy as it sounds, Emoni Bates truly is a 6’6 wing…who is still 12 years old. He’s already received over 1.5 million views on YouTube and rightfully so. The lanky swingman has been compared to KD and while it is a bit early to compare anyone to one of the best pure scorers we’ve seen in the past decade, one can certainly see the similarities. The slithery Michigan product has a filthy handle for a guy his size, a smooth stroke from beyond the arc, and is already getting up to bang on the break. While many presume that it’s easy to be donned the top player in the class when you’re 6’6, the guys at Home Team Hoops show you how much work Emoni put in to get there. 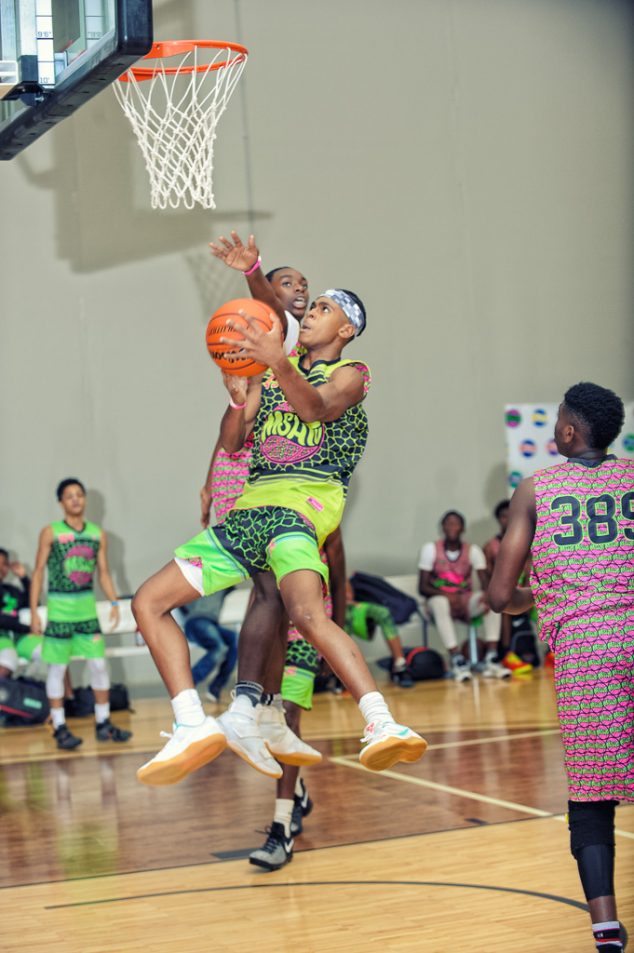 The next up at Illinois powerhouse Peoria Manual is Adam Miller, an incredibly talented combo guard. While he received notoriety for being on the receiving end of Kyree Walker’s vicious poster, he took the challenge of strapping up on him on D and showed that he was a serious prospect in his own right. The lefty showed off deep range, a slick handle, and a wicked step-back throughout the camp. When you add in how much he’s matured athletically, you can’t help but throw the D’Angelo Russell comparisons out there. Despite not having played a high school game, Illinois has already put a scholarship on the table and many more will be joining soon. 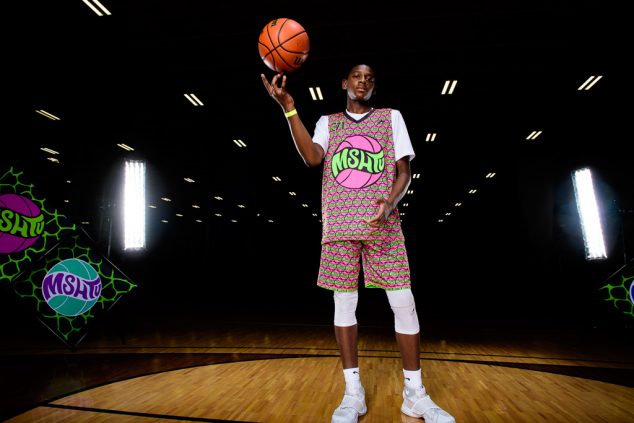 Ro Russell has done it again. The man who had the likes of Denham Brown, Tristan Thompson, Cory Joseph, and Andrew Wiggins early in their careers has yet another phenom: 6-foot-3 sixth grader Elijah Fisher. It was simply surreal watching him go up against a number of players a foot smaller than him and not beat them with his size, but with his speed and agility. Despite being in the sixth grade, Fisher will play his first season of varsity hoops this year and could very well be next in line from Canada.

Doubling as the best defensive end in the country for his age, Demon Clowney is also a beast on the hardwood. He defended Kyree Walker better than anyone in the camp, using his package of strength, length, and athleticism to contain the phenom. On the offensive end, Clowney is still a bit raw, but has a motor that doesn’t stop and simply attacks the rim. While it is clear that football is calling, there is no question that he has the potential to be a serious hoops prospect as well.

Perhaps the best natural scorer at the camp, Ryan Conway simply filled it up in a variety of ways. The super shifty guard showed off a great change of pace, converted through contact with both hands, and created plenty of space for his J. Conway still needs to improve as a facilitator, but in terms of filling up the scoring column, you won’t find many better in the class.

One of the biggest surprises of the camp, KT Raimey came to Indy unknown to most outside of KC and left with a nearly 100,000 view mixtape. It wasn’t just for his flare either, as he was straight getting buckets throughout the entire weekend. He used his slick handle to get his own shot at will, bombed threes from close to the NBA line, and had a number of no-look passes on the break. Going into the weekend, KT was one of the best freshmen in Kansas. Leaving Indy, he showed that he could go with just about any 2020 in the Midwest and beyond. 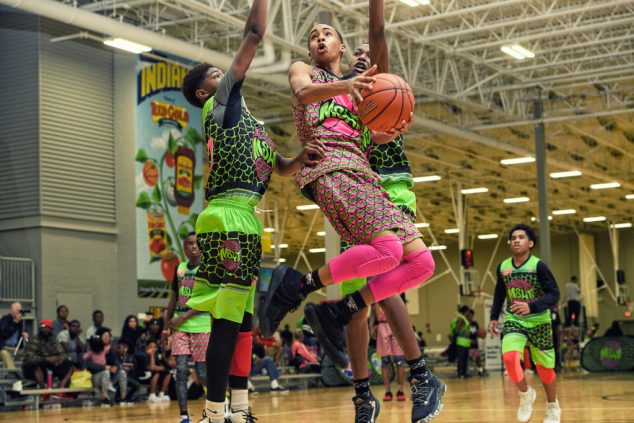 One of the Windy City’s best young prospects showed that he could play with anyone at the MSHTV Camp. Already owning ideal size for a college swingman, Bailey was an insanely smooth finisher in transition with either hand, made sick passes for a two-guard, and shot it well from beyond the arc. Running with We All Can Go on the AAU circuit, the Chicago product has established himself as a top ten player in the class.

A guy who we were not hip to before the event, we got a tip to check out this youngster from the left coast and he definitely lived up to the hype. A well put together seventh grader, Hargess used his strength to put the clamps on people on D, finish through contact, and rebound the ball at a high rate for a young guard. Once you add in his shifty style of play and ability to consistently see the floor, you see why he is one of the better PG’s for his age group.