With the high school season in the rearview mirror and the all-american all-star games season in full effect, the Capital Classic today revealed the rosters for their 42nd annual showcase. Among the blue-chippers slated to partake are Kentucky-bound guard Isaiah Briscoe, South Carolina Commit PJ Dozier, Wake Forest signee Bryant Crawford and Virginia Tech recruit Justin Robinson. The game will take place on April 24 at the DuFour Center on the campus of Catholic University. Additional info and full rosters below via the Capital Classic:

General admission tickets are $20; limited VIP seats are available. Go to www.thecapitalclassic.com to order. A portion of the net proceeds will benefit the National Cherry Blossom Festival and the Wounded Warrior Project. 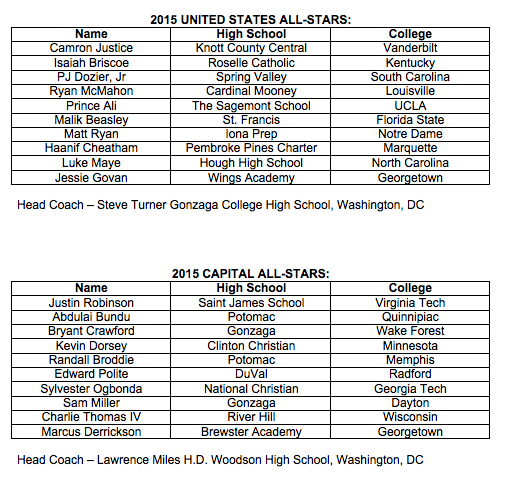