Wisconsin and Minnesota have had a rivalry on the hardwood dating back as early as most can remember. The two bordering states share many of the country’s finest D-3 programs and while they do not own a ton of D-1 universities, they own no shortage of D-1 college prospects. Justin Henga of Breakdown USA and Mark Miller of the Wisconsin Basketball Yearbook got together decided to ended the debate in many cases, creating the Wisconsin/Minnesota Border Battle nine years ago.

Alternating between states, the event offers many of the finest teams from each respective state in an event that has the intensity that you’d see out of state tournament games. Guys like Henry Ellenson and Tyus Jones played in the event over the last couple of years and while the biggest name in the event (top 25 junior Amir Coffey) was on the sidelines due to injury, there was still some legit talent. Blending young prospects and gritty seniors, the event produced an exciting, yet disciplined style of play. The event culminated with Wisconsin’s #1 D-1 program (Stevens Point) taking on one Minnesota’s best in Cretin-Denham. Needless to say, there was no shortage of talent in St. Paul on Saturday night.

Here are a few of the guys who caught our eye: 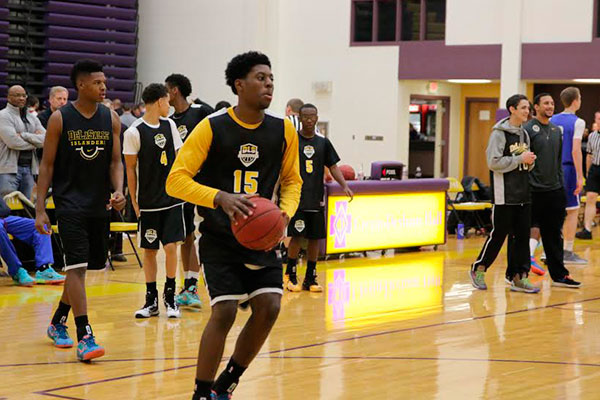 One of the hottest names in the country right now, Sacar Anim has taken himself from a name not known outside of the region to one that virtually every college coach looking for a wing is aware of. ‎ He showed his versatile scoring arsenal throughout his 24 point showing in DeLaSalle’s W over Kimberly. Anim hit open threes, finished at the tin, and locked down defensively. His incredibly productive play has put him in the running for Minnesota’s Mr. Basketball award and despite the fact that schools such as Marquette and Minnesota are vying for his services, he may reclassify to the class of 2016 due to being young for his grade.

While he is a well known commodity in Wisconsin, not too many outside of the state have gotten a glimpse of what this diverse forward brings to the table. More than just a shooter, Hauser uses his size to post smaller defenders, went to work off of dribble hand-offs, and showed off an IQ unlike most juniors. Marquette already put a scholarship on the table and given Stevens Point’s likely run deep in the state tourney, others will soon follow.

The son of Minneapolis legend Khalid El-Amin does not bear the same stocky body as his Pops, but has some serious game in his own right. The fluid sophomore showed off a silky smooth J, crisp handle, and the ability to finish creatively at the rack. While he’s got a lot of work to do before he follows his father’s footsteps to the league, Ishmael will certainly have plenty of opportunities to play at a big time college. 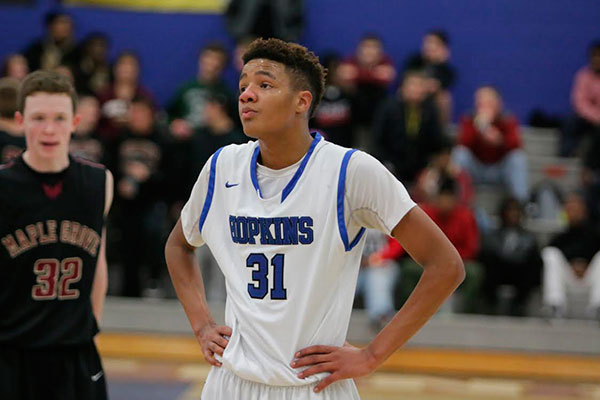 Just a freshman, Gabe Kalscheur is showing that he can hold his own on the state’s best squad. He showed serious three point range, could put it on the deck to get past his guy, and exhibiting some surprising explosiveness. His recruitment is still in its infancy, but those in the know are aware of the big time potential that Gabe owns.

A young lead guard with size, Lewis was the lone bright spot in Vincent’s blowout loss to Hopkins. He used his slick handle to get to the rack, played tough D, and dropped pinpoint dimes in transition. Just as impressive was the composure and consistent attack mode that he stayed in, despite his squad being down 30 for much of the second half. Needless to say, it’s easy to see why he’s one of the very best in Milwaukee’s sophomore class.

A guy who we weren’t hip to prior to the event, Gresham straight up locked down on D to help knock off Wisconsin’s top squad in front of the home fans. He used his length to put crazy pressure on the rock, rebounded the ball well from the backcourt, and finished through traffic in the lane. We didn’t get to see him shoot it much from the perimeter, but that doesn’t change the fact that Northeastern got themselves a potential game changer on the defensive end.

One of the top basketball players in the state of Wisconsin, Williams isn’t going to blow you away with any particular facet of his game, ‎but simply got it done on the hardwood. The gritty senior played tough D, finished well in transition, and hit a number of deep J’s. Headed to Minnesota State-Mankato next season, Williams has the potential to be one of the excellent small school players that he region is known for.